The Tryon Concert Association, now entering its 64th year, has announced the artists who will be performing at the Tryon Fine Arts Center during the 2018-19 season.

On Thursday, Jan. 31, cellist Zlatomir Fung will perform. A regular member of the Jupiter Symphony Chamber Players in New York, he has been featured on NPR’s show “From the Top” six times as well as on American Public Media’s “Performance Today.”

For the final concert of the regular season on Tuesday, March 26, pianist Yefim Bronfman will perform. Nominated for six Grammy Awards, he won this prize in 1997 for his recording of the three Bartok Piano Concerti, performed with the Los Angeles Philharmonic, conducted by Esa-Pekka
Salonen.

Apart from the regular series, two additional concerts will be offered in the association’s TGIF series.

On Friday, Oct. 26, Angela Massey will present a one-hour performance on the flute. A newcomer to the area, she has performed at numerous venues in New York City and North Carolina.

On Friday, March 8, Kymric Mahnke will bring a program of piano music to the TFAC stage. Mahnke studied at the University of North Carolina at Chapel Hill where he won the Percy Craven Weeks Award.

The one-hour TGIF concerts will begin with a wine and beer social. 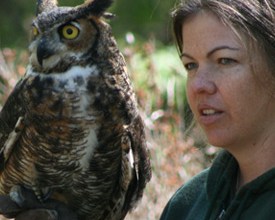 “Whoo Gives a Hoot?”: Learn about owls at free lecture