Kathryn Dill graduated summa cum laude from Virginia Commonwealth University on May 11 with a master’s degree in chemical engineering. A 2014 graduate of the University of Virginia, Dill is the daughter of Mike and Ann Dill, of Landrum, and the granddaughter of Evelyn Dill and the late C.R. “Bill” Dill, of Landrum. Dill’s research focus at VCU was the synthesis of gold nanoparticles from a mixed metal precursor.  Kathryn presented her research at the American Chemical Society of Green Chemistry and Engineering Conference in Washington, D.C., as well as at the American Institute of Chemical Engineer’s Conference in Minneapolis. Kathryn has worked at Canon Virginia Inc. since 2014 as a research and development engineer, and most recently as a a business development engineer. (Submitted by James Dill) 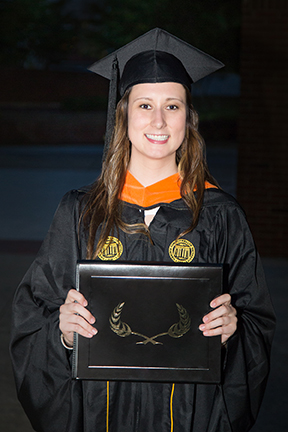