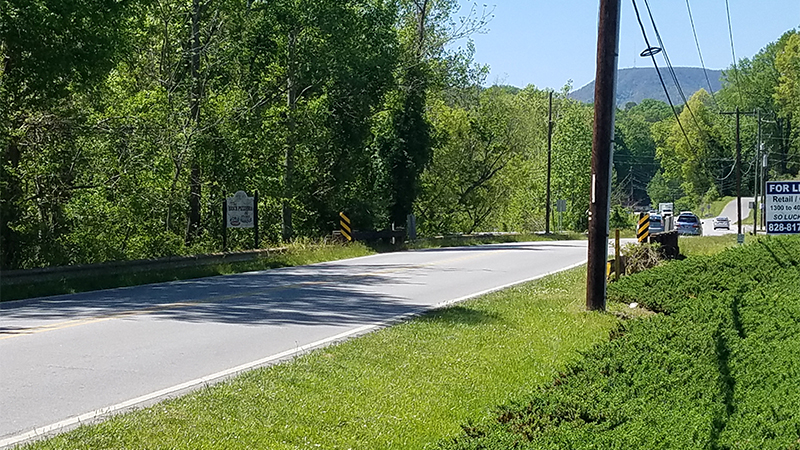 Members of the community are rallying to stop a state road widening project between Columbus and Tryon. A meeting is planned for 6 p.m. Thursday at Foothills Wellness Center in Lynn, as a push to organize before comments are due to the state on May 8. (Photo by Leah Justice/Tryon Daily Bulletin)

LYNN — A group of residents and businesses are standing up to the state, saying they do not want the planned widening of Highway 108 between Columbus and Tryon.

A community meeting organized by residents and businesses will be at 6 p.m. on Thursday at Foothills Wellness Center, located at 2186 Lynn Road, Columbus.

The North Carolina Department of Transportation unveiled its new plan last week. Since then, many residents and businesses have rallied to oppose the proposed construction.

A Facebook page was created immediately, with many posting  comments about how the widening will hurt businesses and residents, as well as the area’s natural environment and beauty.

The Facebook page is called “Save Hwy 108 and Lynn.”

“Those opposed to the project are coming together Thursday at 6 p.m. to meet, share information and hopefully speak with county and town officials, who have also been invited to attend, about why they too should be opposed to this project,” said resident Olivia Whiteside Monday.

Thursday’s meeting is open to the public, and is a rally and informational meeting where several officials have been invited to attend, including from the towns and Polk County.

The project is estimated at $19.4 million, including $3.1 million for right of way acquisition and $16.3 million in construction.

The project is currently planned for between Hospital Drive in Columbus and the intersection of U.S. 176 in Tryon, with 11-foot lanes, 12 turning lanes and 4-foot paved shoulders. 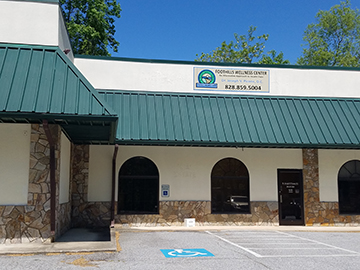 Members of the community are rallying to stop a state road widening project between Columbus and Tryon. A meeting is planned for 6 p.m. Thursday at Foothills Wellness Center in Lynn, as a push to organize before comments are due to the state on May 8. (Photo by Leah Justice/Tryon Daily Bulletin)

Whiteside said she grew up in Lynn, and moved back to raise her family almost 14 years ago.

“I haven’t seen an increase in traffic,” Whiteside said. “This is not a project citizens and taxpayers have asked for, nor do we want. It’s a complete waste of money. It will cause a tremendous loss of business to those located along this path of destruction as well as those located in Tryon since no one will want to deal with the mess.”

Whiteside said the proposal will cause an increase in speeding, put turn lanes in places businesses will be lost and remove gorgeous trees, green spaces and homeowners’ yards.

“We are tired of saying ‘No,’” Whiteside said. “Why do we have to keep visiting this? Growth and need are elsewhere in the county. Spend money there.”

NCDOT officials said last week that in this plan, six businesses and four residences will have to be relocated.

There are also a couple of sections in the plan where the road will be shifted over, at Skyuka Road and the Lynn Post Office, with a new bridge to be constructed at Capps Road.

David Uchiyama, communications officer for the western Mountain Area of the NCDOT, said the current plan is far from final, and a lot of revisions will be made prior to the final plan. He said public comment is critical to the project, and NCDOT officials will take the feedback to alter the plan.

Last year, the NCDOT initially proposed making the approximately 3-mile stretch between Columbus and Tryon four lanes. Following a meeting in Tryon, where about 100 people attended — with many speaking against the idea — and NCDOT speaking with county and town officials, the four-lane concept was scratched.

Uchiyama said in the public comment portion of this plan, state officials hope to see some trends and ideas that have not previously been considered.

The public has until May 8 to submit comments to state officials regarding the project.

Maps of the new design can be found at NCDOT’s website at https://www.ncdot.gov//projects/publicmeetings/. Enter R-5838 in the search box.

An online petition was also recently created to oppose the construction.

The hidden costs of a training center in Saluda