‘The 1953 romantic comedy set in the eternal city, “Roman Holiday,” will be screened at Tryon Fine Arts Center on Tuesday, May 1.

This is the final film in the current Leading Ladies series, and the occasion will be marked by Rome-themed gala, complete with Italian foods from several Tryon area vendors. The gala will begin at 5:30 p.m., and the film will begin at 7 p.m. Appropriate 1950s costumes will also be featured. 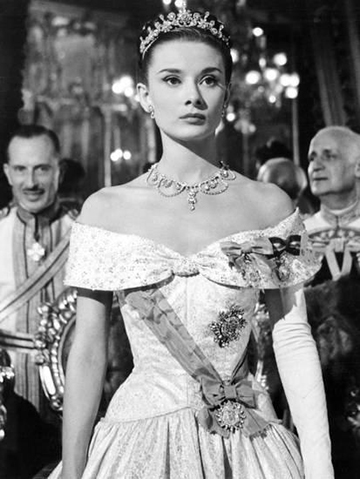 Audrey Hepburn stars in ‘Roman Holiday.’ A screening and Italian market themed reception will be held at Tryon Fine Arts Center on Tuesday, May 1. (Submitted by Frances Flynn)

The main characters in this Italian vacation romp are Princess Ann (Audrey Hepburn) and reporter Joe (Gregory Peck). Eddie Albert plays a strong supporting role, as does the Italian scooter, the ubiquitous Vespa, which stole several scenes and gave its manufacturer a huge boost in sales.

In addition to her Oscar for this, her very first film, the 24-year-old Audrey Hepburn won the Golden Globe, BAFTA and New York Film Critics Awards for Best Actress.

Although she was British by nationality, Audrey Hepburn was actually born in Brussels, Belgium, which may account for the slight French inflection in her expressive voice. She was born in 1929 to a banker father and an aristocratic mother.

After her father deserted the family, she and her mother spent the very difficult war years in Holland, where Audrey used her talents as a ballet dancer to help raise funds for the Dutch war effort.

Following “Roman Holiday,” her film career took off with career-defining roles in “Sabrina,” “Breakfast at Tiffany’s,” “Charade,” “My Fair Lady” and “Wait Until Dark.”

For reservations or more information about this event or other events at Tryon Fine Arts Center, visit tryonarts.org or call 828-950-8322.

During the month of March 2018, The Polk County Sheriff’s Office answered 627 calls for service. There were 16 felony... read more