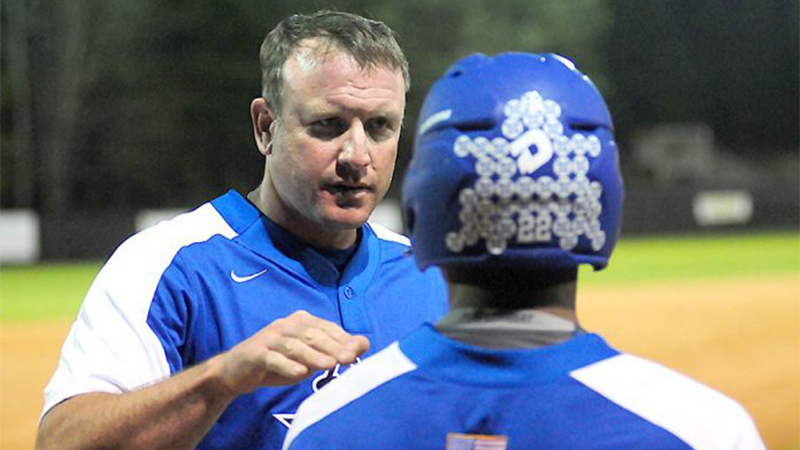 Polk County rallied Friday from an early five-run deficit, storming back to hand Mitchell a 10-7 defeat in a key Western Highlands Conference clash in Bakersville.

The Wolverines (14-2, 10-0) extended their conference lead over Mitchell, their nearest 1A rival, to four games, with the two teams scheduled to meet again Tuesday in Bakersville. Mitchell dropped to 5-5 overall, 5-4 in league play.

But it certainly was not an easy night for Polk.

Mitchell jumped on starter Avery Edwards for five runs in the second, ending Edwards’ scoreless innings streak at 17. Edwards left the game with one out in the second, with Austin Geagley coming on in relief.

Geagley pitched four and one-third innings, allowing one hit and striking out three. He gave way to Holden Owens in the bottom of the sixth, Owens entering with two outs, the bases loaded and Polk clinging to a 7-5 lead. Owens struck out Noah Pitman to end the inning and escape the threat.

Polk added three runs in the top of the seventh on an Evan Rimer RBI triple, a Nick Capozzi RBI single and a bases-loaded wild pitch that allowed Capozzi to score. Mitchell picked up two runs in the bottom of the seventh to account for the final margin.

Polk’s comeback began in the fourth inning, with Capozzi blasting a triple to open the inning. With Owens at the plate, Capozzi scored on a passed ball to make it 5-1.

Owens drew a walk, then Kaleb Kropp’s two-out single and Elijah Sutton’s infield single loaded the bases. Clark Phipps drew a walk to force in Owens and make it 5-2.

A Kropp single then drove home courtesy runner Wilson Edwards to tie the score at 5-5, and Kropp scored later in the inning on another Mountaineer error to give Polk the lead.

The Wolverines aded a run in the sixth as Tyler Harris singled to plate Rimer.

Kropp finished 2-for-3 and Rimer and Capozzi were each 2-for-5 to lead Polk County’s offense. The Wolverines benefitted from six Mitchell errors and seven walks.

Polk County traveled Monday to Rosman for a nonconference game.