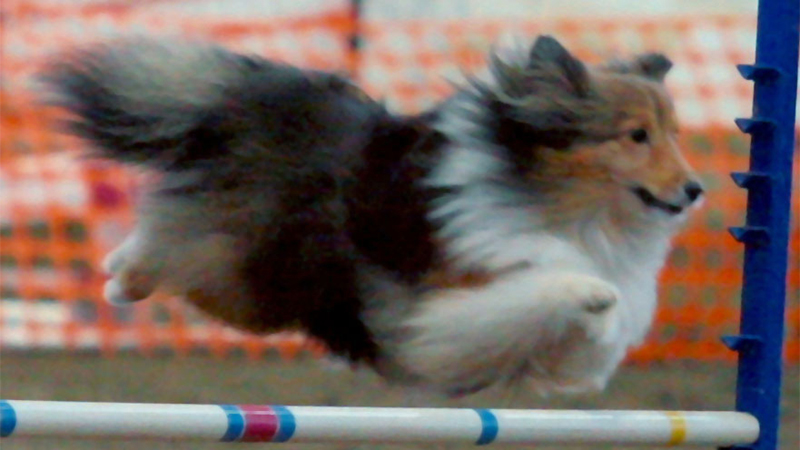 The event will be held at Foothills Nature Equestrian Center in Tryon. Spectators are welcomed to attend, and admission is free.

Purebred and mixed bred dogs  from throughout the Southeast  will compete at various levels of difficulty, against each other and the clock.

USDAA trials include one “standard” run per day, plus 4 “games” – gamblers, pairs, snooker and jumpers. The dogs compete according to their experience level — starters, advanced and masters — the rules and courses become more difficult at the higher levels.

Another local qualifying event will be the USDAA Steeplechase, a two-round tournament with an emphasis on speed. The Dog Agility Steeplechase championships will be held later this year.

Agility is a competitive team sport comprised of a handler and his or her dog. The object of agility is for the handler to navigate the dog through a timed obstacle course, without the dog making a mistake.

The agility course is comprised of jumps, weave poles, tunnels and climbing apparatuses. Agility rules focus on safety for the dog. The sport of agility combines control, training and drive into a challenging game for both the handler and the dog.

The United States Dog Agility Association is the world’s largest independent authority for the sport of dog agility, with more than 25,000 registered competitors and more than 200 different breeds of dogs, including mix breeds. USDAA represents more than 100 affiliated groups throughout the continental United States, Puerto Rico, Canada, Mexico, Bermuda and Japan.

For more information, visit the web at www.blueridgeagility.com.