Adventures on Horseback: Too many Black Stallion books 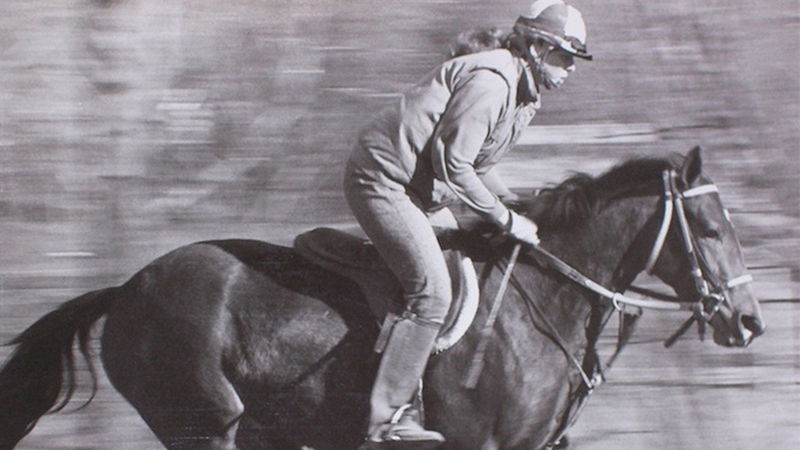 I remember the first race I rode in.

It was the amateur race at the Iroquois Chases. Back then, it was called the “Ladies” race, and was only open to women.

I was 20 years old, and had no idea what I was doing. A friend had said she would run if I did.

She didn’t show up, but I practiced for months getting ready. That was when I was whipping in on Count’s mother, Swaps’ Fair Countes, (only one “s” for the right number of letters.)

Countes could run. I had trained her to go quietly in the hunt field and the hunter trials, but she loved to run. As the daughter of a stakes winning sire and the granddaughter of Derby winner Swaps, she was bred for it.

I had bought her as a untouched 2-year-old in the January Keeneland Sales. Back then, you could buy “horses of racing age” for a few hundred dollars.

The night before we ran than first race, the folks in the stall next to us were so kind to me. Even though they were saddling a horse in the same race, they showed me the ropes and coached me a little on what to expect.

So, I saddled Countes with my hunt saddle and climbed aboard. I was riding in a race! An actual race!

Years of growing up reading the “Black Stallion” books, years of dreaming about thoroughbreds and wishing I could be a jockey, had come to this moment.

I think we ran about fifth or so. I didn’t have an over girth, and my saddle slipped badly. But I loved it, and was truly hooked.

Countes and I learned a lot that day, and we went on to run other races.

I bought an over girth and an old exercise saddle. We raced over timber—mostly in hunt races. I still have some of her trophies in the box in the basement.

In the late 1980s, I found a small racing stable on the north side of Huntsville. There we are many racing outfits in Alabama, but the Birmingham track was up and running, so it was becoming more popular.

The stable ran quarter horses and thoroughbreds and I talked them into giving me a chance to gallop. The pay wasn’t really enough to cover my gas expense, but I was going to the racetracks.

The backside was a hard place for women in those days. We had to work three or four jobs just to get a shot.

While a full load for most grooms was six horses, I had nine to care for by myself. This included morning gallops, cleaning stalls, doing up legs and walking hots.

I learned a lot about horses in those days. The racetrack will cure you of many storybook notions about how to treat horses or how you can reason with them from a human perspective.

Once, a friend came to spend the day with me and to see what life was like on the backside. She participated in Middle Ages Equestrian events with jousting and running at Saracen heads. Those events were filled with amateur horse owners and people who had never been around horses.

After a couple hours watching the racehorses bounce around the shed rows, stand up in the gates and jig and pull on their way to the track, Helen came up to me — her eyes wide and face pale.

“I can see why you walk around our events with a panicked look on your face,” she said. “Horses can kill you!”

I learned so much in those days. I learned to tell when a horse was off and which leg.

Even when the vets couldn’t see, I could feel it. I learned to stick a bucking quarter horse and get tied on before breaking a horse from the gates.

It was a hard life, but magical in its way. I never cared much for the afternoon races — but the morning gallops, those were a special time.

Just as the sun turns the sky pink and gold, the horses step out onto the smooth dirt. Steam rises from their backs and nostrils, and the jocks call good mornings to each other.

It was full of danger and hard work, but it was a dream come true. Sometimes I miss it — just a little.

Catherine Hunter’s journalism career spans 20 years of writing for newspapers and magazines, including The Chronicle of the Horse, The Western Horseman, The Tryon Daily Bulletin and Foothills Magazine. In 2000, Hunter received a South Carolina Press Association award for reporting in depth. She is the author of “Sacred Connections Horsemanship: Empowering Horse and Rider through Chakra Energy.” Email her at catherine.hunter@tryondailybulletin.com. 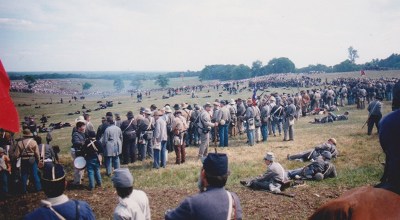 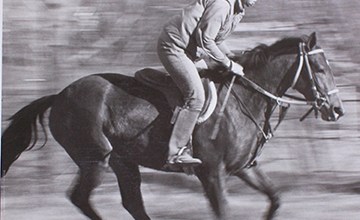