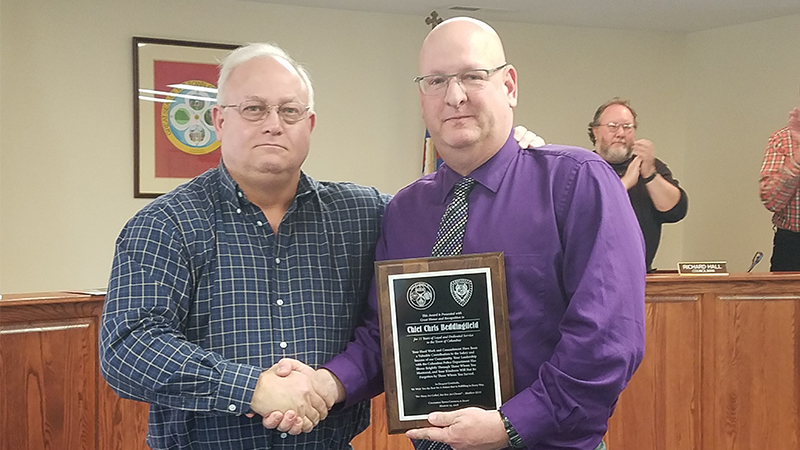 COLUMBUS — The Town of Columbus honored outgoing police chief Chris Beddingfield last week with a plaque and gifts for his 11 years of service with the town.

Beddingfield resigned his position in order to take over as police chief of the town of Biltmore Forest.

The town honored Beddingfield during its meeting last Thursday, and held a reception last Friday. 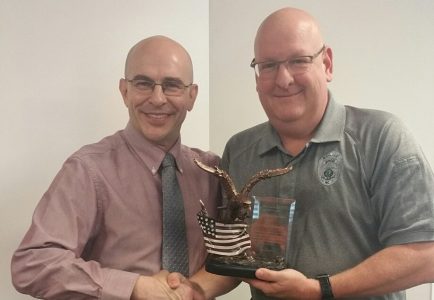 Beddingfield spent almost 20 years in law enforcement in Polk County. He began with the Polk County Sheriff’s Office as a school resource officer and working in criminal investigations.

Beddingfield will remain with the Columbus Police Department as a part-time reserve officer to handle the motorcycle safety classes, the police motorcycles and officer training as needed.