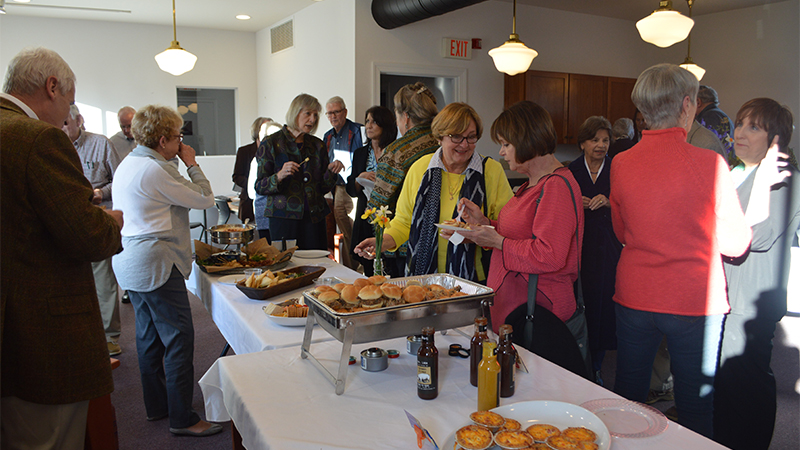 Saluda residents gather at the Saluda Library to welcome D’Isabella and his wife. (Photo by Catherine Hunter)

SALUDA— Mayor Gianfranco D’Isabella and his wife, Paola, of Carunchio, tried sweet tea and Southern barbecue garnished with the flavor of Southern hospitality during their visit to Saluda this week. The visit is part of a cultural, economic and educational exchange of the two Sister Cities. 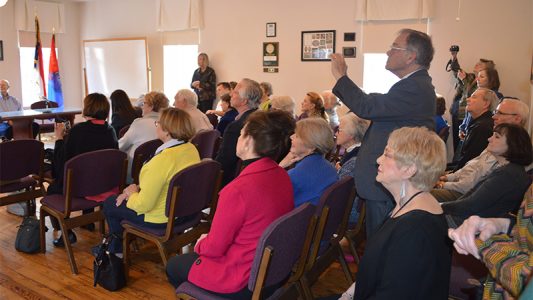 Approximately 50 Saluda residents and officials attended the special called meeting of the Saluda Commission to welcome the Italian delegation from Carunchio. (Photo by Catherine Hunter)

Approximately 50 or so Polk County residents and officials gathered at the Saluda Library for a special called meeting Tuesday to welcome the Italian delegation to the area. A reception for the guests followed the meeting. Wildflour Bakery, Green River BBQ and the Saluda Grade Café provided Southern delicacies for the reception, including favorites such as cheese fondue with prosciutto ham, individual tomato pies, salmon foraulox, barbecue pork sliders and tarts for dessert.

The mayor, accompanied by his wife and their interpreter, Cristina Criscio, along with her partner, Tom Kirby, of Spartanburg, then took a stroll through town to the Purple Onion, where they enjoyed dinner and more Southern hospitality.

The Fork at TIEC returns April 4-8