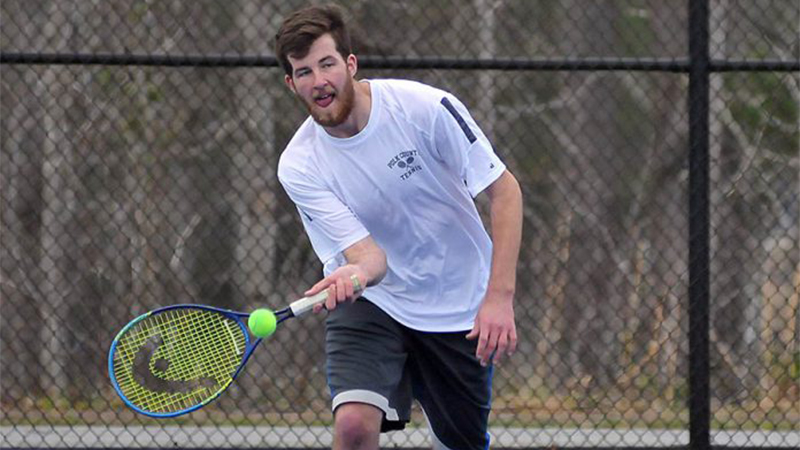 Polk County’s Seth Hardin earned his second win of the week Thursday with a 10-5 victory at No. 6 singles.

The Wolverines improved to 2-0 on the season, winning 11 of 12 singles matches in the opening week.

Ryan Heider and Henry Heider accounted for half of Polk’s points, with Ryan Heider winning 10-0 at No. 1 singles and Henry Heider earning a 10-2 victory at No. 2 singles. The two then teamed for a 6-0 win at No. 1 doubles before the final two doubles matches were canceled.

Henry Monts claimed a 10-0 at No. 3 singles, with Ethan Edwards outlasting Hendersonville’s John Bushe 7-2 in a tiebraker to claim an 11-10 win.

Seth Hardin captured a 10-5 win at No. 6 singles for the Wolverines.

Polk County is scheduled to travel to Hendersonville on Wednesday for another non-conference meeting.