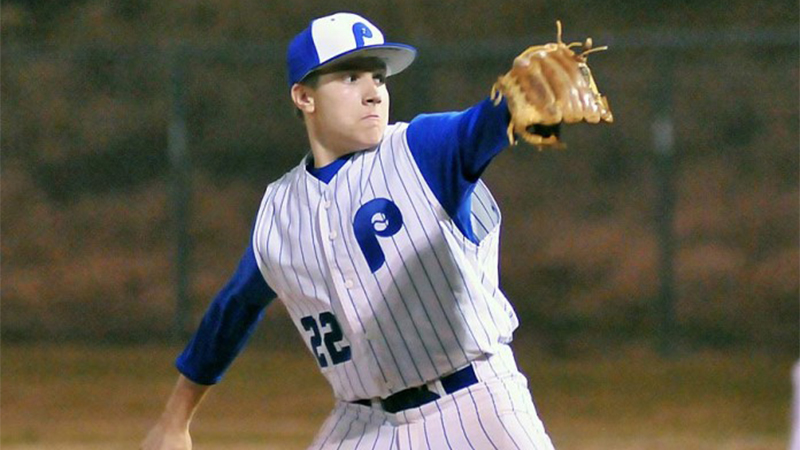 Edwards struck out eight and walked just one in earning the five-inning win on a frigid evening in the bottoms at Polk.

With the win, Polk County improves to 3-1 overall, 2-0 in WHC play, its best four-game start since 2011. The Wolverines host Mitchell on Friday in a game originally set to be played at Mitchell.

Owen (0-2, 0-1) held a 1-0 lead until the Wolverines scored twice in the bottom of the third. Elijah Sutton was hit by a pitch to open then inning, stole second, moved to third on a balk and then scored on an Owen error on Kaleb Kropp’s fly ball.

After a walk to Tyler Harris, a dropped third strike allowed Kropp to score to make it 2-1.

The Wolverines put together six runs in the fourth inning to break open the game. Holden Owens’ two-run double and a Kropp RBI single highlighted an inning in which the Warhorses had three errors, another balk and another dropped third strike.

Polk then ended the game with a four-run fifth inning. One Wolverine run scored on a balk, with Nick Capozzi’s two-run single and Wilson Edwards’ RBI single ending the game.