According to the American Association of Equine Practitioners, the horse industry impacts the American economy in greater measure than motion picture services, railroad transportation, furniture and fixture manufacturing, and cigarettes.

The industry employs more than 700,00 people directly, with 450,000 of these positions as full-time equivalent jobs.  The remaining 250,000 jobs are part-time and seasonal.

The AAEP estimates that the equine industry pays a total of $1.9 billion in taxes to federal, state and local governments.

The American Horse Council Foundation released the numbers for their recent study commissioned by and conducted by the Barents Group. The study estimated that, in 2017, there were 9.2 million horses in the US.

The U.S. Department of Agriculture, which conducts a census every five years through their National Agricultural Statistics Service division, and the American Veterinary Associations have very different figures, but widely agree that their research method is extremely limited.

The American Horse Council Foundation stated that 3.91 million of the total population of horses are used for recreational purposes, 2.72 million for showing, 1.75 million for other activities including farm work, rodeo, polo, police work, etc., and 840,000 are used for racing.

Horse owner demographics lists employed, married women, ages 38 to 45, as the top horse owners in the country. Their median household income is $60,000.

The demographics showed numbers of owners ranging from 14 percent with a household income of less than $25,000 annually, and 36 percent making more than $75,000 annually.

What does all this mean? Dollars — lots of dollars.

The American Horse Council Foundation reports that in 2017 the horse industry generates about $122 billion in total economic impact, an increase of nearly 20 percent over the last study in 2005. The industry provides a total employment impact of 1.74 million, and generates $79 billion in total salaries, wages and benefits.

The Bulletin has reached out to the county extension and the economic development offices for local figures on horse population, employment and economic impact of the equestrian industry, but representatives did not reply by press time. 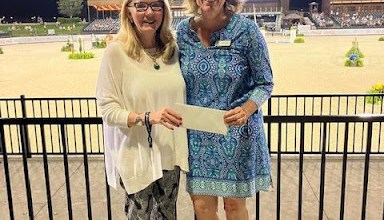 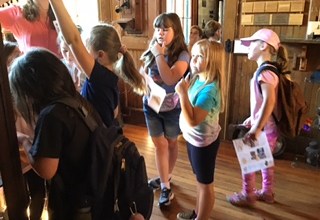