Tales of the Hunts: Shed Hunting: ‘Where’s Waldo’ for grown-ups 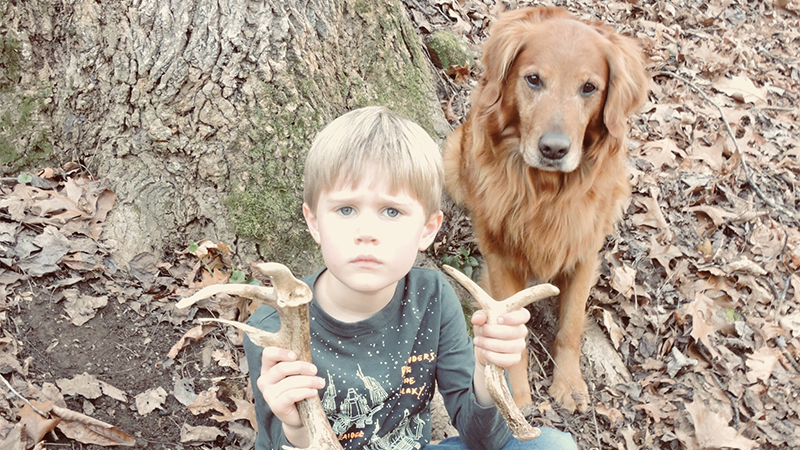 Growing up, one of my favorite books was “Where’s Waldo.”

Going through each page, I would meticulously search for the red and white clad fellow in random scenes of history. Ultimately, each book would finish with a page where all the other figures on the page would be wearing red and white. Finding Waldo would call for a nice tall juice box and some Oreos in celebration.

Some say that men never grow up, they just become big boys. I resemble that remark.

Even though my “Where’s Waldo” books are long gone, I am using my early training for a new hobby: shed hunting.

Shed hunting is nothing more than “Where’s Waldo” in the woods. As white-tailed bucks drop their antlers throughout the woods, two-and four-legged creatures begin the search for the bony remnants of a deer that will make it to another season.

Young and old can enjoy a late winter walk through the woods looking for sheds. Having a set of young eyes tends to help also.

Antlers can be bright white or even chocolate brown. Unfortunately, sticks and branches can be the same colors with the same shapes.

The last page of the “Where’s Waldo” was the minor leagues — shed hunting is the majors.

Frustration can set in on a shed hunt. After miles of walking, it seems that it is just about as likely to find a unicorn horn as an antler.

At times like this, stop and take a break. Look at a forest scene that is getting ready to explode into spring with green, and realize the beauty you are experiencing.

During that break, you may see your dog inspecting a stick on the ground. Walking over to take a look you realize that your dog found your first shed.

Fresh sheds carry a scent and hair that dogs can detect. Some folks have great success with training their dogs to find sheds.

I’ve started training mine with antlers hidden in the backyard, with hopes that, during a walk in the woods, they will pick one up and bring it to me. The dogs, on the other hand, believe they found a new chew toy, and are reluctant to give up their new treasure.

Dogs are not the only creatures that see sheds as chew toys. Squirrels will chew up an antler quickly. All rodents have to gnaw on something to wear down their constantly growing incisors.

In fact, the only shed I have found this year was probably a year old, and was a remnant of what it once was. The bushy tailed rats had been hard at work on that antler.

So, on these sunny March afternoons, take the family out for a walk in the woods. Test your skills built up from years of “Where’s Waldo” and Highlights’ “hidden pictures” to find an antler.

The worst thing that can happen is that you spend an afternoon walking in nature with your family.

Tales of the Hunts: Wintertime and the living’s freezing