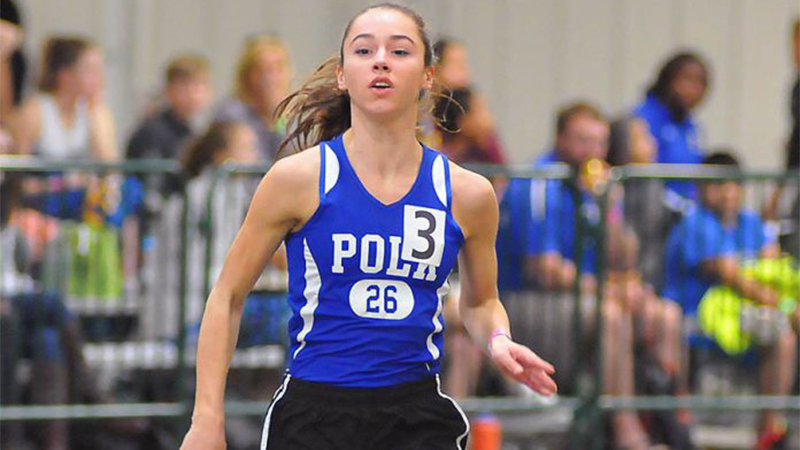 Polk County’s Sydney Waldman sprints down the backstretch during the 4x200-meter relay. (photo submitted by PolkSports.com)

A pair of top-10 finishes, a state champion and a handful of other medal winners.

The Wolverines made their presence felt at this year’s state 2A/1A indoor track and field championships at JDL Fast Track, finishing as the top 1A program in both the boys and girls team competitions and cracking the top 10 overall in each.

“This is one of the few times, maybe the only time, that we’ve had both teams in the top 10,” Peoples said. “We’re the highest 1A finishing team in both the boys and girls. They split 2A and 1A for (Wells Fargo) Cup points, so we earned 45, 50 points in each.

“You couldn’t ask for more,” Peoples said. “We have good kids who get good results. We had such a broad base of finishes. We scored in the field and in the running events. The 500 is a sprint, so we scored in sprints, distance, relays and the field.

“The big thing for us is our assistant coaches. This proves again that if you get good people, and get out of their way and let them go, here are the results.”