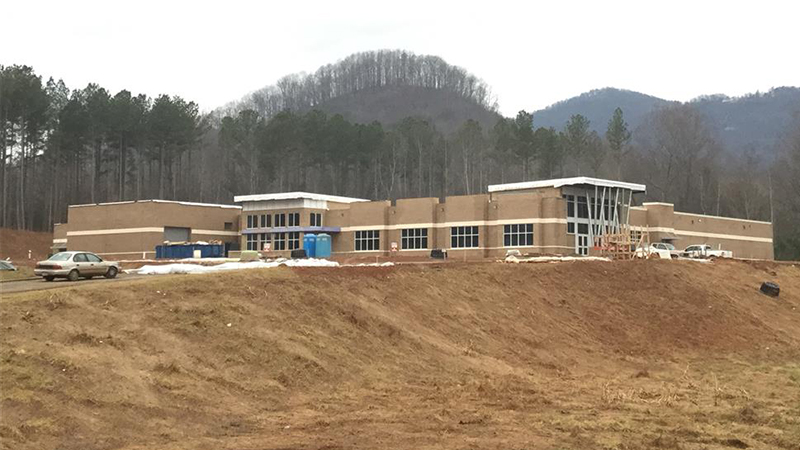 Polk County’s new jail being constructed off Hwy. 108 just outside Columbus town limits is still on schedule to be complete at the end of February. The project as of Jan. 22 was 92 percent complete. (photos submitted by Moseley Architects)

COLUMBUS – Despite extremely cold temperatures and some snow, construction on Polk County’s new law enforcement facility is still on schedule to be complete by the end of February.

The Polk County Board of Commissioners met Jan. 22 and heard from Paul Luzier, with Moseley Architects.

Luzier said progress has been moving pretty well since the holidays with a couple of weeks of cold temperatures slowing the progress on the outside of the building.

Luzier said sidewalks and paving should begin in the upcoming weeks. There is heat in the building and permanent lighting as well as a lot of finish work that has taken place.

Luzier also said the contractor has stayed on top of his subcontractors to keep on schedule and has had to rearrange the schedule but is making it work.

Commissioner chair Jake Johnson asked when the county will have the staff moved in and operational.

Pittman said the delivery day on the furniture will affect the move in date as well as when the county can get a state occupancy inspection.

“I would like to think March or April,” Pittman said. “If the stars align, it could be March.”

Pittman added that he’s not convinced the project won’t see another date pushed given the weather.

Polk County took out a $13.5 million loan to construct the new law enforcement center, which will include a new jail and sheriff’s office.