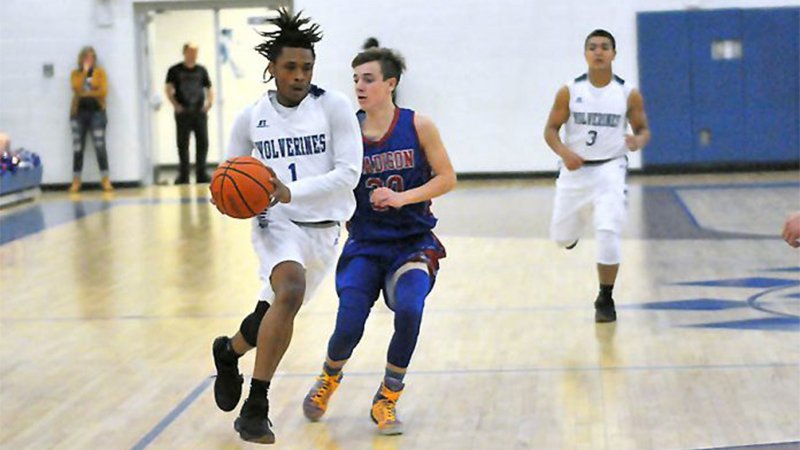 An already challenging season for Polk County’s boys basketball team may have taken a turn for the worst Friday.

Senior guard Jaylon Bontrager suffered a leg injury late in the third quarter of the Wolverines’ 73-52 loss to Madison, crumpling to the floor during a play beneath the basket and immediately signalling to Polk County’s bench for help, holding his lower leg.

The extent of the injury to Bontrager, who left the school on crutches, wasn’t known, but Polk County coaches fear the senior may be sidelined for the remainder of the season. 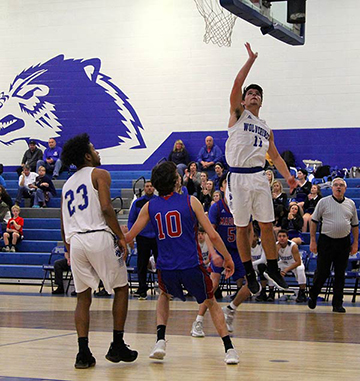 “He’s meant a lot,” said Polk County head coach Antoni Staley. “When I ask him to work harder, he always says, “Yes, Coach” and never says anything else.”

In the wake of Bontrager’s injury, Madison (2-12, 1-1) pulled away in the fourth quarter, blowing open what had been a tight Western Highlands Conference battle throughout.

Sparked by back-to-back 3-pointers by Clark Phipps, Polk County (2-12, 0-4) took a 32-28 lead at the half. The teams were tied throughout the third quarter, and were deadlocked at 42-42 with three minutes left in the third.

The Patriots scored the final six points of the third, during which time Bontrager was injured, then opened the fourth quarter with a 7-0 run to build a 55-42 lead with 6:51 left. Perhaps nothing illustrated how the quarter went for Polk than the final basket in that run, a 3-pointer from deep on the left wing by Alex Chambers that hit the rim, kicked onto the backboard and bounced back through the net.

Polk County got no closer than 10 points the rest of the quarter.

“We came out and fought hard,” Staley said of the evening.

Polk County led much of the first half, building the advantage to nine at 23-14 midway through the second quarter. But Madison answered with 10 straight points to grab a 24-23 lead, and the teams swapped the lead until Phipps’ late flurry put the Wolverines up at the break.