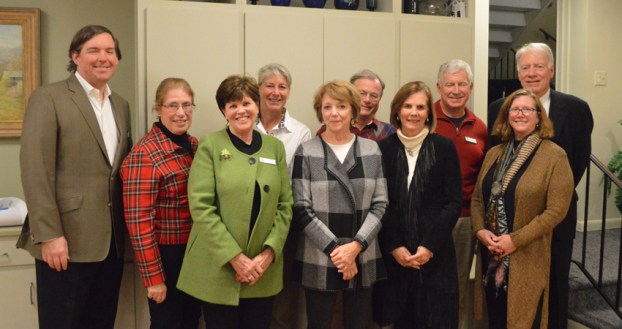 Tryon Riding and Hunt Club looks at the future

TRYON – The Tryon Riding and Hunt Club (TRHC) is thinking a little out of the box this year. Among some of the new ideas for 2018, the membership is considering a summit of area equestrian groups, a hunter derby and a Western riding event.

In the 92nd annual meeting on Dec. 13, TRHC President Andrew (Drew) Brannon said while discussing goals and objectives for 2018, the club’s board of directors decided they needed to look at the future development of the club, while honoring the traditions of the club’s heritage.

“In order to do this, we [TRHC board] decided we needed a strategic plan and vision update,” Brannon said.

According to Brannon, during some of the 2017 meetings, the board decided they needed to evaluate what the club is about. “We asked, ‘What is the club’s mission statement and purpose and how do we fit into the community while keeping our traditions,’” he said.

Founded by Carter Brown in 1925, the club has traditionally been focused on English, hunter/jumper style riding including sponsoring hunter trials, the Block House Steeplechase, the American Eventing Championships and supporting fox hunting in the area. In recent years the club has sponsored a Paso Fino show, gymkhanas and is now looking at including Western riding events as well.

“We decided we needed to develop a framework to make these decisions,” Brannon said. He also credited the former boards of directors, saying, “They got us to where we can ask this [ideas about the club’s future vision].”

In a power point presentation, Brannon listed the ideas the board decided they needed to look at for 2018. Among these are the mission statement, the vision statement and the club’s core values. Some of the things that the board considered important were continuing to add fun to all the events and being a part of, and supporting, the community.

The vision statement discussed by the board included love of horses, heritage and unity in the community. “We have 29 equestrian organizations in this community,” Brannon said.

He also reported that the board included in the idea for core values, philanthropy, inclusivity, transparency, fiscal responsibility and service. He said the ideas of a hunter derby, a summit of area equestrian groups and a Western riding event were targeted to help the club align with these core values. 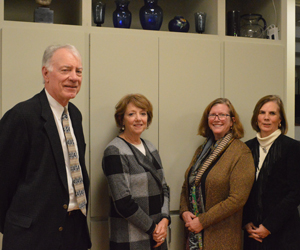 In addition to discussing the new ideas for 2018 in the December meeting, members presented a review of the events in 2017 and tentative dates for 2018 events. Newly elected board members include Gary Zumstein, Leigh Borreson, Colleen Torsmey and Anne Moss.

TRYON – He was part of the US Olympic Equestrian team that trained in Tryon for the 1956 games. William... read more