Explosions heard from I-26 accident 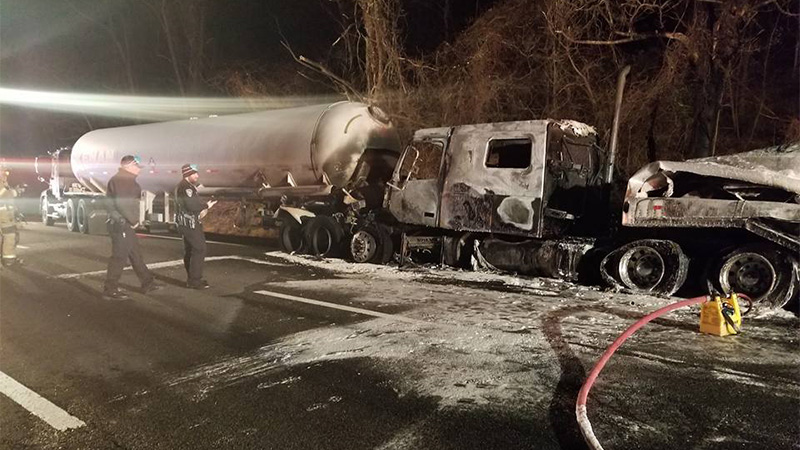 SALUDA- At approximately 10 p.m. Friday night on I-26, two tractor trailers were involved in an accident causing a fiery explosion or series of explosions heard by residents in nearby Saluda.

According to initial news reports, one of the trucks was carrying propane. The fiery accident occurred in the westbound lanes near mile marker 61.

The lanes are expected to be reopened at 7 a.m. Saturday, Dec. 16, according to NCDOT.