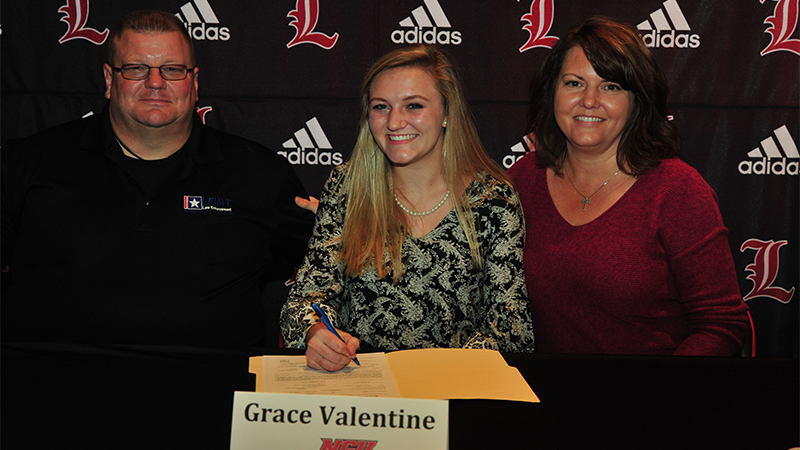 Grace Valentine, center, is pictured with her parents, Jeff and Karen Valentine, at her signing.

“North Greenville is getting a steal with this one,” remarked former Landrum track/cross country coach Jeremy Darby. “This one” is Landrum senior Grace Valentine, who signed her intent on Wednesday, Nov. 29, to run track and cross country on a scholarship at North Greenville University.

As a freshman, Valentine helped the Cardinals win a 2A state cross-country championship.

“That state championship would not have been won had it not been for Grace Valentine,” Darby continued, noting that Valentine finished ninth at states.

Did Valentine consider that she might take her running to the college level?

“I never really thought about it until this year,” she replied. Starting at age 4, Valentine played soccer, but did not begin competitive running until the seventh grade. The next year, Darby convinced her to run more seriously.

Valentine has not yet selected a major.