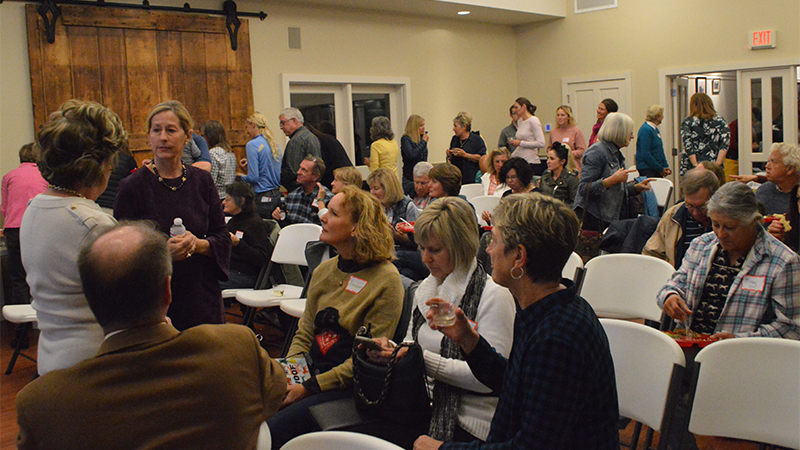 LANDRUM – The Foothills Riding Club (FRC) is growing and with that growth comes more donations to worthwhile causes. In the annual meeting Wednesday, November 29, outgoing FRC President Jodi Lees announced the membership was up by 13 percent.

“We now have 331 members, a 13 percent increase from last year,” said Lees. In addition to informing the more than 75 members attending the meeting at the Landrum Depot about membership and treasury accounts, Lees announced awards, scholarships and donations the club has made during 2017.

Each year members vote on one human and one animal charity to receive donations. This year FRC donated $500 to the Foothills Humane Society and $500 to Therapeutic Riding of Tryon (TROT).

The club also donated $500 for the Erik Dierks Fundraiser, $100 to Equine Land Conservation Resource, $300 to Foothills Equine Rescue Association and raised $1500 for FENCE during their July FENCE Benefit Show. 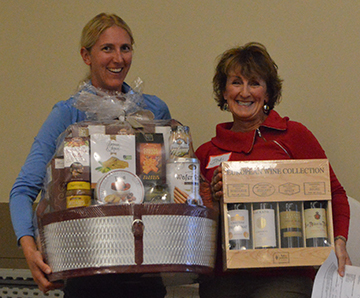 Lees also recognized the volunteers that helped make FRC a success. Foothills Riding Club has the most amazing volunteer base!” she said adding that board member Jillian Woolridge did an outstanding job recruiting and managing the volunteers this year.

“We have used 103 volunteers this year and had to turn away volunteers at some of our events,” Lees said. “This is an envious position for any Non-Profit Organization.”

Volunteer awards went to Jan Bellows, Sea Zordan, and Amy Barrington. Dave Mullen received recognition as Husband of the Year was inducted into the FRC Volunteer Hall of Fame.

Lees said in 2017 the club hosted seven educational events such as speakers and seminars, three special events such as clinics, and provided hospitality for six shows. The club also joined the Adopt-A-Road program, printed new tee shirts, set up a photo booth at their shows and donated gravel to Harmon Field.

After FRC members enjoyed an Italian feast from Sidestreet Pizza and Pasta, representatives from Herd Rescue in Tryon gave a short presentation about their efforts to rehabilitate, retrain horses and rehome horses rescued from the slaughter pens.

FRC’s annual awards gala is January 13th at Spiegel Farm in Landrum, S.C. and their first hunter pace for 2018 is scheduled for the first weekend in February. For more information about the Foothills Riding Club visit www.foothillsridingclub.org.