Seeking the Great Pumpkin in Landrum 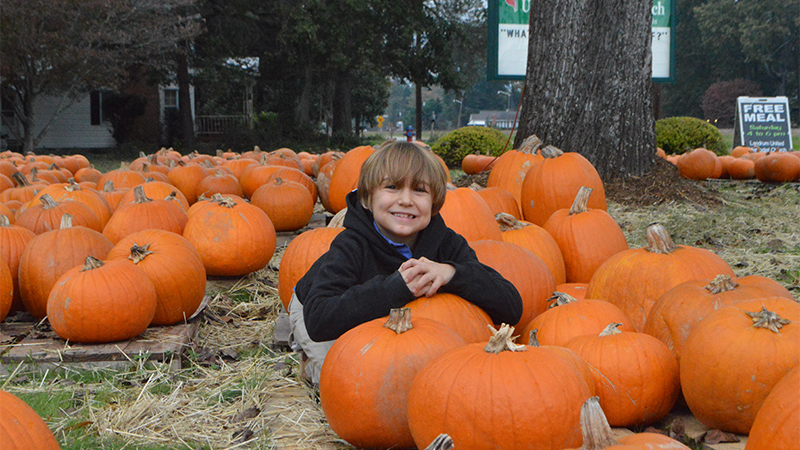 Benny Rosichn of Columbus looks for the Great Pumpkin in the pumpkin patch at the Landrum United Methodist Church on Saturday, Oct. 28. (photos by Catherine Hunter)

LANDRUM – The Landrum United Methodist Church brought in 1,200 pumpkins from Mexico to sell as a fundraiser for local missions. John Kylin, who has run the pumpkin patch for the last three years, said the pumpkins arrived on Oct. 7 and by the Saturday before Halloween, they had only 400 left.

“We’ll send any left over to a local hog farm, so nothing will go to waste,” said Kylin.