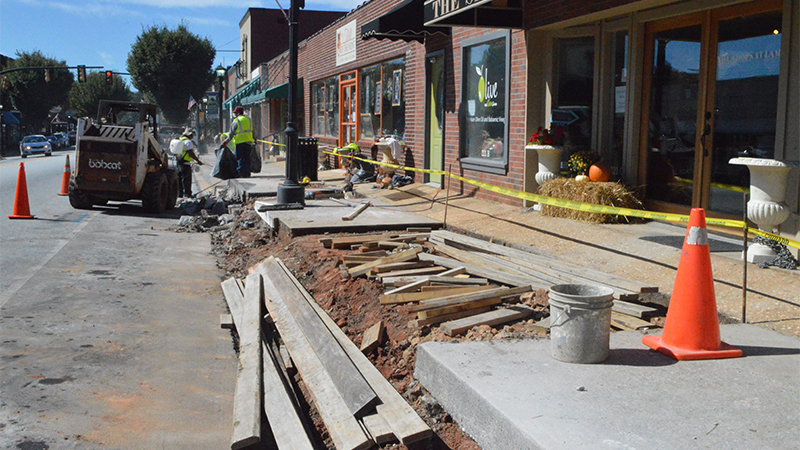 LANDRUM – Landrum sidewalks were torn up this week as workers from JES Masonry began repairs Monday. Landrum City Administrator Rich Caplan said the work should be completed by the end of the week.

The city is having about half the sidewalks on the north side of East Rutherford St. between Howard and Church streets replaced. Caplan said part of the $14,400 cost for the sidewalk repair and the $800 cost for the dumpster rental is coming out of the hospitality tax revenues.

“The remainder of the funds were earmarked from the general fund allocated for streets and sidewalks,” said Caplan

In addition to the Phase I sidewalk work, the contractor will do some curb and gutter repairs as well. Caplan said Phase II, which will include the south side of East Rutherford St., will begin next fall.