Dig it: Hall shines in less-than-glamorous role of libero 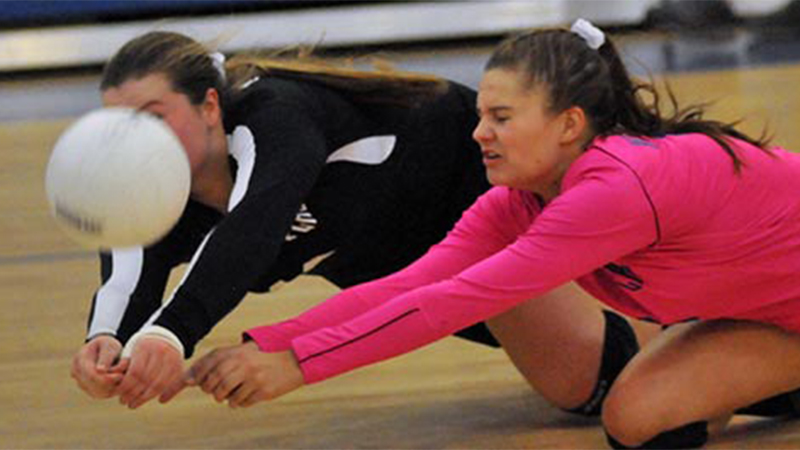 Many gamedays, perhaps the best back row player in Polk County’s volleyball history would rather not be there.

There isn’t a lot of glamour in playing libero, the position that few can say and even fewer understand. It is a role of defensive specialist, a player who can stay on the floor for an entire match but is limited to playing only in the back row and never allowed to move to the front to set or spike.

The libero’s primary job to field the kill attempts of the opponent and not only keep them off the floor, but keep them in play, that the definition of the primary measure of a libero’s effort, the dig. It is a role full of bruises and floor burns and few thanks outside of coaches and teammates.

It also happens to be the role that Polk County senior Kendall Hall plays as well as anyone ever to wear a Wolverine uniform.

There currently is no entry for career digs in Polk County’s volleyball record book; it will no doubt be safe to take Hall’s final total and create one. And perhaps etch it in stone, as it could be there for some time.

Hall recorded the 2,000th dig of her career in Wednesday’s win at Brevard, a remarkable total that wows even Wolverine head coach Molly Hill, herself a libero during her college playing days.

“It’s almost unheard of, even at the college level,” Hill said. “I don’t know any college athletes who have accomplished that.”

For the soft-spoken Hall, the number stands for something simple.

Two thousand anything – yards, points, hits – is a significant total, yet it’s an accomplishment that Hall would have been just as happy to never have reached.

“I would like to hit in the front row or do something different,” she admitted. “But being in the back row, that’s what I do best.

“When I was playing travel ball (at Xcel Volleyball), I had a coach who said hey, you can’t jump high enough, you’re going to be a libero for the rest of your life.”

Thus Hall settled into the back-row routine of dig, dig, dig. Her freshmen year coincided with Hill’s arrival as the Wolverines’ head coach, and two instantly forged a bond, one libero to another.

“It has been special coaching someone who played the same position as I played and is so committed and so good,” Hill said. “She just knows what she is doing and commits to it. She’s been a starter since her freshman year and she’s always had that libero jersey.

“She just has raw talent. She’s also probably one of the best passers I’ve ever seen.”

To watch Hall in action during a match is to see a player in constant motion, moving from side to side in the back row, looking to position herself for the next opposing attack. It is a routine that Hall has mastered through, as she says, “years of experience.”

Hall also brings a sharp mind to the position. She served as Polk County’s chief marshal at last year’s graduation, and she plans to pursue an undergraduate degree in chemistry en route to a career as a physician or surgeon.

The hard work required to shine as a libero hasn’t been the extent of Hall’s labor.

“It’s really hard sometimes, and there have been a lot of late nights over the years,” Hall said of excelling in the classroom. “I’ve been doing it so long that I’ve learned to manage it pretty well.

“I take school work seriously. It’s one of the most important things to me.”

With the final weeks of her playing career at hand, Hall is focusing on helping Polk County build for a lengthy state playoff run and enjoying the final days with longtime teammates and seniors Reagan Waddell and Lauren Ketwitz.

“I just want to have fun and make memories with my fellow seniors,” Hall said of her remaining days. “Getting 2,000 digs was my goal, and now that I have that, I want to focus on having fun and doing my best.”