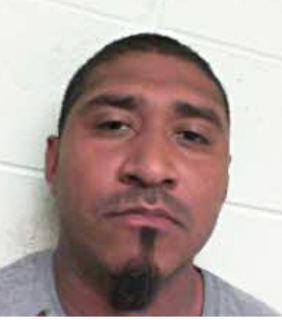 COLUMBUS – An Asheville man was convicted this week of second-degree arson after he set his wife’s home on fire in Polk County.

Ascencion Ramirez, of Asheville, was sentenced to 30 months in prison for second-degree arson and 36 months of probation for domestic criminal trespassing and carrying a concealed weapon, according to the office of District Attorney Greg Newman.

Ramirez was originally arrested for second-degree arson as well as assault on a female, two counts of carrying a concealed weapon and domestic criminal trespass, according to Polk County Sheriff’s Office reports. Following the investigation, Ramirez was later charged with three counts of indecent liberties with a child, according to the sheriff’s office. Ramirez’s bond was set at $80,000 last year.

According to prosecutors, the investigation concluded that the fire was started in at least two locations in the home and the fire was immediately identified as suspicious for arson.

Ramirez was estranged from his wife and was under a domestic order to stay away from the home, according to the district attorney’s office.

Ramirez’s accounts changed during the investigation, according to the district attorney’s office, including that he originally said he had not been inside the home, but had a kitchen knife in his possession that came from his estranged wife’s kitchen. He originally said he was at the home spying on his wife hoping to find her with her boyfriend.

Ramirez’s story changed later when he told investigators he had been inside the home to check on some pets. Several hours earlier in the evening, the Polk County Sheriff’s Office had been called regarding a domestic dispute between Ramirez and his wife, according to reports.

“There was strong circumstantial evidence that Ramirez was the person who started the fire,” Newman said. “He had access, motive and his stories to law enforcement continued to change.”

Newman also said he very much appreciates the investigatory work by the Polk County Sheriff’s Office.

“Arson cases are difficult to prove, but their attention to detail provided the proof for us to go forward on this case and I believe justice was achieved,” said Newman. “There was significant property damage, but no injuries or loss of life.”

Ramirez’s probation will begin following his release from prison.

SALUDA – After the City of Saluda got a request to allow signs on city property for businesses or other... read more