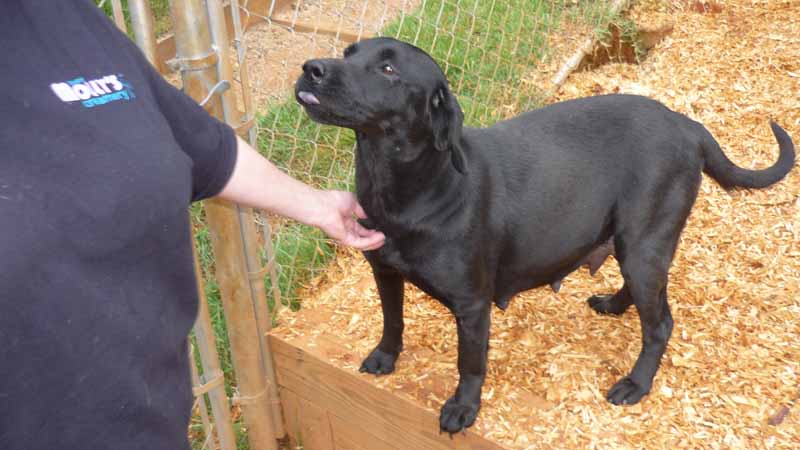 Starting on Tuesday, Sept. 5, I begin cardiac therapy at Pardee for four months. I will be there on Tuesday and Thursday, with Monday, Wednesday and Friday for dialysis. My time and energy are running short, but not for those in need. My funds are running a bit low for the first time in the past three years, so please think of me and my kids when you have a little extra.

The last group of animals has cost me nearly $5,000 and we’re not through.

Tanner, the 1½-year-old Boxer mix is now with Kayla Parrish.

“What a mess he was,” Kayla told me. “He didn’t have any concept of being free.”

I welled up with tears when I heard her evaluation.

“Don’t worry Lennie,” Kayla said, “he’s coming along and has begun to run with my other dogs. I will keep him and put him on the internet, he’ll stay here till we find the proper home for him.”

Kayla is just one of many great folks I deal with.

Dana Mayer has the momma and four kittens. I think one has already been adopted; they also will be put on network as we search for good homes.

Joan at Dogwood Design has Goldie and Gilda, the two Beagles, one of which had three pups which had homes for them with a staff member at Landrum Vet. Joan has to go out of town and the Beagles will be placed in a reliable kennel that Joan uses. They’re giving a discount and Uncle Lennie will pay the bill.

I visited Jara and Ginger today at Lori Jewel’s Pet Tender Angels. Jara, the 12-year-old Boxer-Pit mix is acting like a puppy again now that she has some freedom. Lori hasn’t put her with the other dogs yet but she is loved by anyone who comes in contact with her. All I know is that she’s not going to die in a cage without knowing the love and compassion humankind can offer.

I left another $460 at Landrum, and I am now caught up with the whole group for the time being, and Bobby Shannon (bless her heart) is trying to help as much as she can.

Ginger, the 2-year-old Lab, is also at Lori Jewel’s PTA. Ginger is due to have another litter of seven to eight pups. The two Beagles that cannot be caught up or perhaps Tanner is the father. I learned that Ginger had a litter of 11 pups last year and due to malnutrition, she wasn’t making milk and they all died. We fear she may still be dry and the pups will have to be bottle-fed.

I left Lori another $500 and hugged her. I can just imagine what might have been for all these beautiful critters without the wonderful support system I have around me.