Is the Doughboy statue in danger? 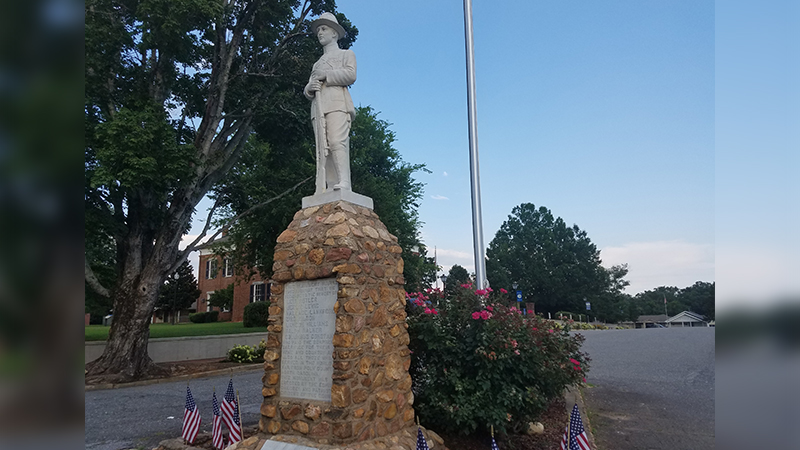 Citizens of Columbus have expressed concern that the Doughboy statue honoring WWI soldiers may be at risk of being mistaken as a Confederate monument and be torn down by protesters.

COLUMBUS – In the center of Columbus a monument overlooks the main highway through town. The statue honors those from Polk County who served in WWI. Yet with the recent removal or destruction of Confederate monuments throughout the South, some are concerned about the safety of this nearly 100-year-old memorial.

Polk County History Museum volunteer Pat McCool said he has heard citizens express concern that some, wanting to make a name for themselves, may think it was a Confederate statue and try to tear it down.

While some believe there may be reason for concern, both the Columbus Police and the Polk County Sheriff’s Department have not heard anything leading them to think there is a current danger to the statue.

“Though we’ve taken notice and are prepared, we’ve not heard anything specific,” said Columbus Police Chief Chris Beddingfield. Captain Lowell Griffin of the Polk County Sheriff Department echoed Beddingfield’s words adding that so far they have no real reason to be alarmed. 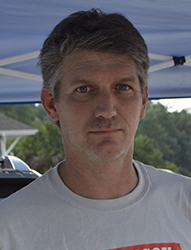 Danny Moore of Hendersonville, also owns a house in Pea Ridge. He wanted to know if they were also going to take down statues of George Washington since he owned slaves. “It’s [the issue of the monuments] not a racial thing. It’s a history thing,” said Moore. “If you take down some, you have to take them all down. Are they going to take down Nina Simone’s statue next?”

“If something happened I think it would most likely be heavily influenced from the outside,” said Griffin. “The people of Columbus respect history and public property enough not to go around and damage it [the WWI memorial].”

Griffin said the sheriff’s department definitely respects and appreciates the people’s right to protest lawfully.  He also added that any unlawful displays would be dealt with according to the law. 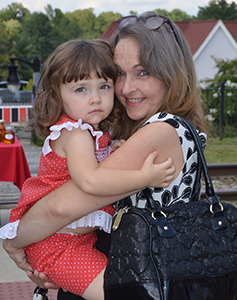 Melony Brooks of Tryon said, “The world’s got enough problems, we shouldn’t make that [Confederate monuments] an issue. It’s not the shade of a person’s skin, it’s their soul I care about.” Also shown: Brooks’ 2 ½-year-old daughter, Scarlet Brooks.

Many Polk County citizens said, either they weren’t really concerned about the Confederate monuments in North Carolina, or expressed frustration about people making it an issue. Rev. Arbutus Hines of the Stony Knoll CME Church said she really hadn’t given the issue much thought.

“Maybe it’s just me, but I don’t think it’s something that should be fought over,” Hines said. “The flag [Confederate St. Andrews Cross] gives a thought that it’s against certain people, but now that I’m older, I know better.” 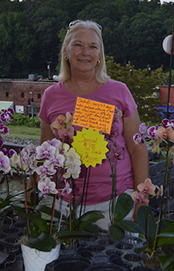 Lisa Brittain of Brittian’s Tropicals said she thought the controversy was caused by a generation gap. “The young people don’t understand. It’s [the monuments] a part of our heritage, our history,” Brittian said.

Hines went on to say that she hated there was fighting over something like the monuments, explaining that, “God doesn’t want it like this. God created us all equal. We’re all God’s children.” 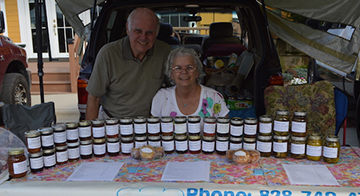 Rose Britton (right) of Rose’s Best Jams and Jellies in Saluda said she thought the monuments were part of history and people should leave well enough alone. Rose’s husband, John Britton (left), agreed, saying the monuments depict something that has happened in the country’s history. “Ignoring it [history] won’t change it,” he said.

The Bulletin reached out to the 2nd North Carolina Mounted Infantry, a pro-Union reenacting group, requesting a comment but received no response as of press time.

The North Carolina Division of Confederate Veterans released a statement regarding the removal of Confederate statues in the state saying, . . . “There is a statute in place, lawfully enacted, that is supposed to prevent and avoid this very situation.”

Jeff Tempest of Rose Hollow Farm in Tryon said he thought the monuments were fine where they are. “I think people are getting upset about things they don’t need to get upset about,” he said. “The founding fathers of this country owned slaves.”

The statement also said they believed, if there was a poll among North Carolina residents, it would show that most did not support the removal of Confederate statues.

When the Tryon Daily Bulletin conducted an online poll, they received 59 answers favoring removal of the monuments and 191 saying they should not be removed. Undecided votes equaled ten.