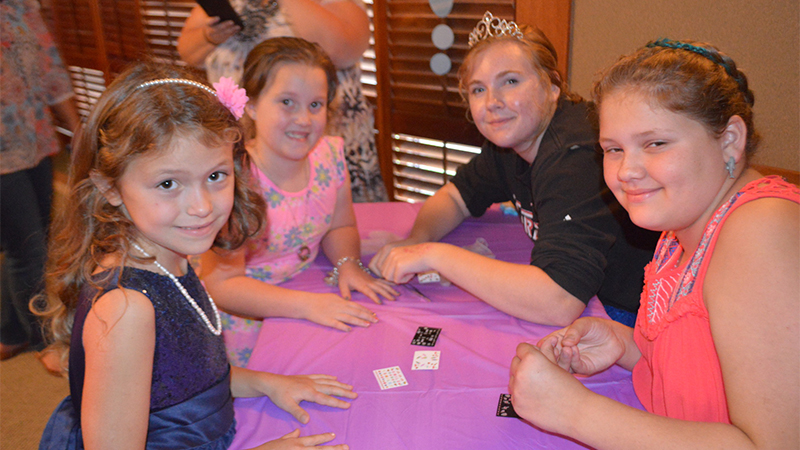 Among all the pretty dresses at this year’s Landrum Library Tea Party mingled one handsome young lad in a smart vest and trousers. Charles Kenney, II, 6, of Campobello escorted his sister, 8-year-old, Samantha Kenney, and wound up having a fun afternoon.

“We wanted to come,” said Charles. “I thought it would be cool and it was!” Charles, who picked out his own outfit, said he really liked the colored strobe lights and the good food. Samantha’s favorite part was being able to dress up. 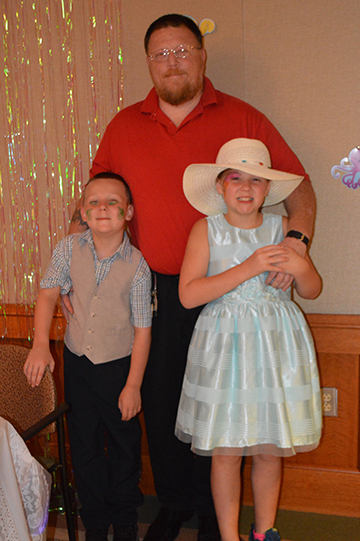 Charles Kenney, II, (left) shows his father, Charles Kenney, (center) and his sister, Samantha Kenney (right) his zombie face paint. Charles, who escorted his sister, was the only boy attending the Landrum Library party on Tuesday. (Photo by Catherine Hunter)

Tween Assistant Karen McDowell said this was the first time in the six or seven years the library has hosted the party that they’ve had a boy attend. The event is open to children ages 4 to 10 years plus one adult per child. 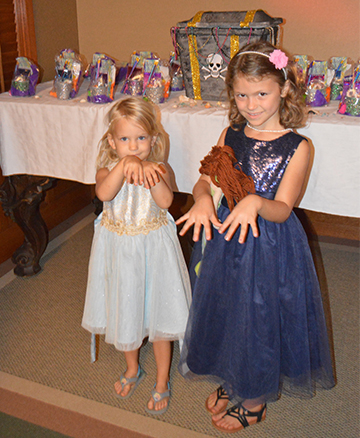 In addition to the good food catered by Southern Delights in Landrum, those attending the party had their faces painted, their nails done, got to play dress up with hats and feather boas and have a photo shoot in front of the seascape backdrop. 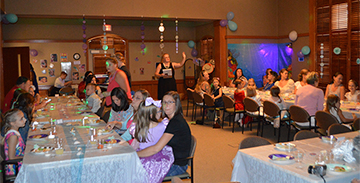 Landrum Library Children’s Assistant Melissa Gephart (center back) welcomes more than 40 children and their parents to this year’s annual “Under the Sea” themed tea party on Tuesday, August 22. (Photo by Catherine Hunter)

“We want the children to learn that the library is a fun place,” said Children’s Assistant Melissa Gephart. “It’s more than just reading.”