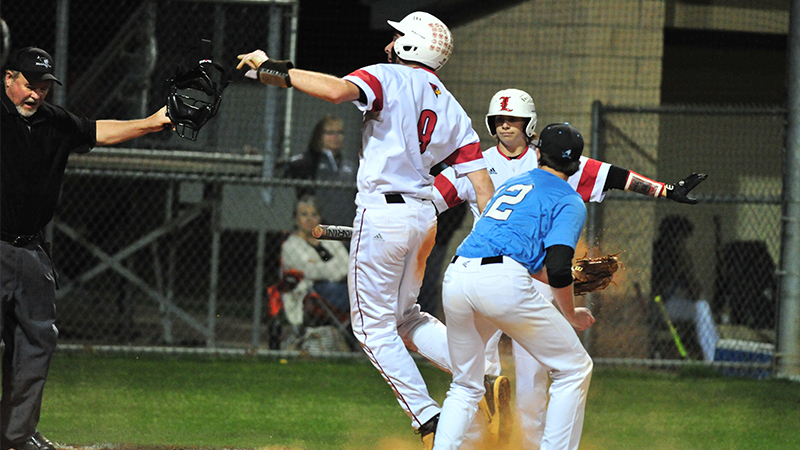 Landrum’s Drew Black, seen leaping in the air to the right of the umpire, was safe at home after scampering in from third on a wild pitch by visiting Christ Church on Tuesday evening, April 4. Black also pitched a five inning complete game — only five innings, as the run he scored here made it 10-0 Cardinals, who won in five on the 10 run mercy rule. The Cardinals’ 13-hit attack featured line-drive homers by Coleman Walker and Black. Black’s being able to finish the game took a load off the team’s pitching staff, according to head coach Daniel Little. “He stayed under 70 pitches,” Little remarked. “We didn’t have to go to the bull pen. The defense played well behind him, too.” In addition to the pair of homers, the Cardinals also lined a few doubles and some hard singles. The Cardinal batters “had good approaches, from pitch to pitch,” Little added. The win put the Cardinals at 12-3 overall, and up to 2-3 in Region 1 2A play. (Photo by Mark Schmerling)