Steady runs give Cardinals the win 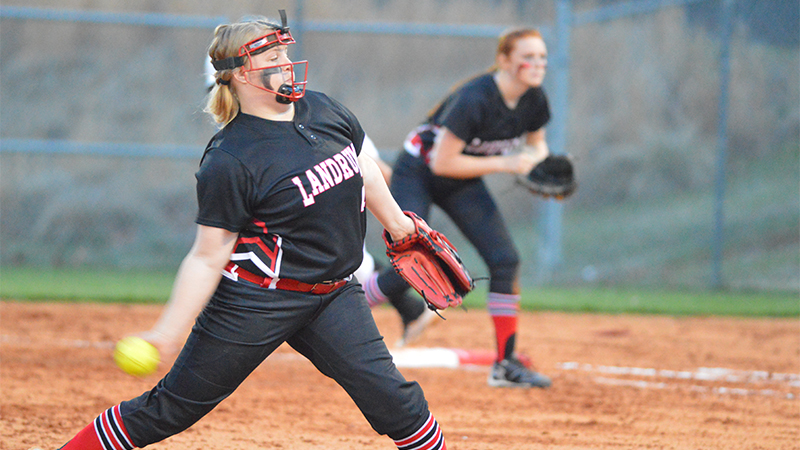 Landrum pitcher Caitlyn Cox hurled the Cardinals to a shutout win (6-0) over visiting St. Joseph’s Catholic on Monday evening, March 27. The Cardinals had no major scoring eruptions; instead, they played and scored efficiently, plating two runs each in the second and third innings, and one each in the fourth and fifth, with Cox going the full seven innings. The win gave the Cards a 5-2 record with three more games coming up this week. On Wednesday, they host Woodruff, with varsity play set to begin at 7 p.m. On Thursday, the Cardinals visit Blacksburg, and on Friday, March 31, they visit St. Joseph’s. (photo by Mark Schmerling)