Our veterans who served our country: Richard “Rick” Kelley 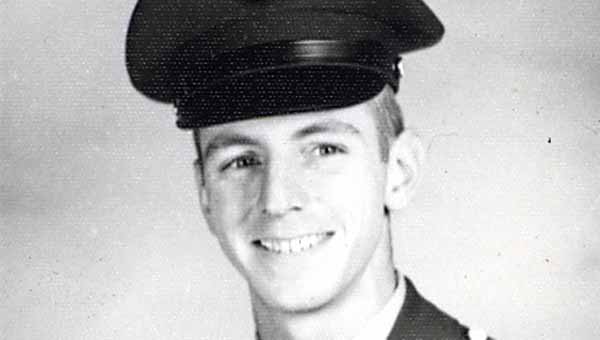 The disciplined training and opportunity to become a valuable team member while serving in the military gave many the confidence to excel in business once they returned to civilian life.

Rick Kelley, for example, says during his training and military service, he learned that he was intelligent and came to believe he could do anything he was assigned to do. Growing up in Madison, N.J., he graduated from Madison High School in 1957. His uncle, Bill Kelley, served in the Army during WWII and met his wife, Brownie, while she was an Army nurse. His Aunt Margaret’s husband, Cliff, was in the Navy during WWII and his Aunt Jeanette’s husband, Bill, served in the Air Force in WWII. With such a rich family history of service to our country, Rick enlisted in the Army in 1962 at age 23.

“I knew I was going to get drafted for two years and decided to enlist for three years because of the technical training I would receive, furthering my education. I did my basic training at Fort Dix, N.J. It was physically challenging and hard but that military training toughened you up.

“After that, I went for more training in Morse Code at Fort Devens, Mass. for 10 months with the U.S. Army Security Agency. I also learned about signals intelligence equipment and how radios worked. That was the first time I ever did well in school. I was sent to Saigon in Vietnam, expecting to spend another year at school, and was reassigned to Okinawa for additional training in radio communication skills. I had temporary duty assignments in Alaska, India, and Thailand listening to radios and working with signals intelligence.

“I enjoyed working with the people in my unit. They were very intelligent and took their mission very seriously. I also liked meeting and getting to know the locals such as the rickshaw drivers. I befriended a barmaid who, when I showed her a picture of the New York City skyline, she said no such place existed. I also met a ten-year-old girl at the zoo who had no family and lived in an unfurnished, unheated room. We became friends and I bought her the first new dress she ever had and she was so very happy. I was also fortunate to be able to tour the beautiful ancient city of Huy before it was destroyed in the war.

“During my tour of duty, I realized that that I could do anything I was assigned to do, like jumping out of airplanes and parachuting into a jungle to find missing comrades who were shot down. On one of my signals intelligence missions, I was wounded and received a Purple Heart. It was sad to see how the soldiers who went to Vietnam were not treated kindly when they returned to the United States.”

Rick left the service in 1965 with an honorable discharge and went back to New Jersey.  He met his future wife, Susan, in New York City and they married in 1966 and their son, Brian, was born in 1977. Rick worked for his father’s company, Format Printing, which printed business forms for the manufacturing industry.

While working for Format, Rick started another company with a close friend, Leigh Jezorek, called Kelleigh Corporation. They designed and built innovative equipment to process photopolymer flexographic printing plates and eventually became the dominant U.S. manufacturer in that field.

After his father sold Format, their two major customers, J.C. Penney and General Motors, suggested that Rick start his own printing company, so, in 1985, he founded Windfield Business Papers. While at Windfield, Rick purchased a Delta 727 Flight Simulator and founded Upward and Onward, an experiential company that used the simulator to teach team work to top executives in a variety of businesses. After several more exciting and profitable business ventures, Rick retired in 2000.

Even though they lived in New Jersey all their lives, the Kelley’s decided they had enough of the harsh winters and the taxes, traffic, and dense population and moved to Tryon in 2006. Rick now enjoys woodworking, building furniture, and putting together models. He also helps Susan with her volunteer work with the Tryon Garden Club, especially at Pearson’s Falls, as well as for the Tryon Concert Association and the Pacolet Area Conservancy.