Clifford “Cliff” Walden was born in Landrum in 1927, the youngest of four children of A. R and Sallie Jane Walden. HIs father, the country doctor, delivered a great many children and, during the Great Depression, most families paid him with vegetables, chickens and ham.

“I was raised on country ham and still love it today. I didn’t realize how well off we were compared to others during the Depression. My dad’s office was over the drug store across from the old post office where the children’s clothing store, Honey Child is now. Later on, he moved over the Rexall Drug store (where H&R Block is now), which was owned by Mr. Archie Blackman. Dr. Frank Orr was the pharmacist. 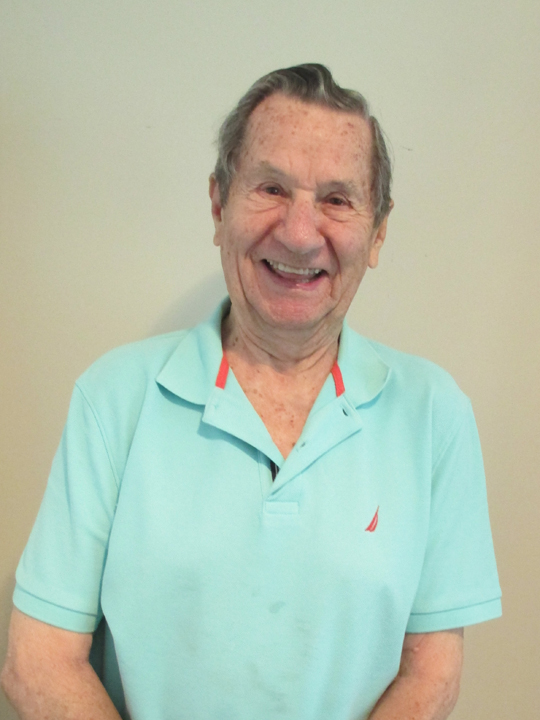 “Our house at 301 Lyles Avenue, which still stands today, was a thousand feet or so from the First Baptist Church. My mother had hired Lewis Reneau in 1924 to build it for $5,500. I remember where I was standing in that house when I heard that the Mutual Bank closed in Landrum. It was 1933 and I was six years old. Fortunately, my parents didn’t believe in banks. Nobody paid my father on time, even though his fee was only about two or three dollars. In spite of that, my folks always seemed to have enough money to make us comfortable.

“We all helped each other without ever thinking of charging for our help. My mother did a lot of community work during the Depression. She handed out clothing that the government gave her to distribute through the National Recovery Act. When people would come to the house, or when patients came to the office, she would give them clothing and the things they needed. Whenever anyone came to our door at mealtime, Daddy always invited them in to eat.

“During the early 1930s, my mother bought a Terraplane car made by Hudson Motor Car Company of Detroit, Michigan. She hired a black man, O.Z. Dogged from Landrum, to drive her house to house to sell books, mainly Bibles. She used her earnings to buy a few extra things she that wanted. She even got to go to the Chicago World’s Fair in 1933 on a tour arranged by Roland Lee who was in charge of a mill on Shamrock Avenue. Mother rode with several women in Mr. Lee’s Model A Ford but some of the others rode in a homemade trailer attached behind the car. There were no cafes or eateries along the way, so they brought their own food. One time, when the trailer went around a curve, it tipped over and their hardboiled eggs went everywhere.

“For fun, kids played games like baseball and root the peg. We also went to the movies every Saturday to watch the ongoing western serials like ‘Zorro’ and ‘The Shadow.’ The Tryon Movie Theatre cost 15 cents for the movie and 10 cents for popcorn. My father let me “borrow” the money to go, but I never paid it back.

“We didn’t get to go away much as a family because my Dad was the only doctor. Dad always said the Devil himself invented the telephone because he was always getting calls. The Fourth of July was the only time he could get away from the phone when our family would go on an annual picnic up on Hog Back Mountain. A lot of people from Landrum never went as far as Hogback, but Daddy went there often because had to go there to see patients.”

Cliff Walden joined the US Navy at the age of 18, serving as Seaman First Class from 1945 to 1946. When he returned home, he attended Clemson College on the GI Bill and got a degree in agriculture engineering. He married Ruth Harley from Holly Springs in 1950 and the couple eventually had five children, Clifford M., II; Sallie; Isabelle; Julie; and Stephen. Cliff worked briefly for International Harvest Company before moving back to Landrum to build Walden’s Cut-Rate Drug Store on Rutherford Street next to where the Antique Mall is today. In 1956, he built and opened Walden’s Appliance and Furniture, where Covington Jewelers stands today, and worked there until he retired in 2000.

Following his parents’ example of serving the community, Cliff was active with the Masons for 61 years. He also served as trustee of Spartanburg County District One schools. As a deacon and Sunday school teacher at First Baptist Church in Landrum for 33 years, his advice to future generations is to remember that everything that you do and say boils down to your relationship with God.