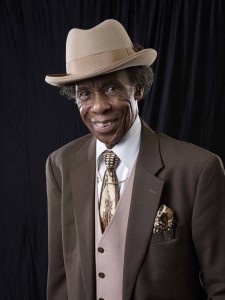 The Upstairs Artspace is pleased to announce two simultaneous photography exhibits that will be on display at the gallery from Aug. 1 through Sept. 11.

“Endless Night: Story and Images by Rimas Zailskas” features sixty large black and white photographs of dreams within dreams. “Soul to Sole: Gospel Portraits by Steve Mann” spotlights African-American gospel singers with head-to-toe photography. The Upstairs will host an opening reception on Saturday, Aug. 1 from 5 – 7:30 p.m., which will be preceded by a Walk and Talk with both Zailskas and Mann at 4 p.m.

Rimas Zailskas, of Hendersonville, is an artist, publisher, and established photographer for over thirty years. He has curated shows at the Upstairs Artspace in the past, including “18 Ways to See” which featured artists that appeared in “Bold Life”. Rimas and his wife Mary are the creators of “Bold Life” and “Carolina Home + Garden”; Zailskas produces many of the photographs for both publications.

“Endless Night” is an experimental exhibition that goes beyond consciousness and into the subliminal world of the sleeping mind. Zailskas’ combines his collection of photographs with an original storyline, depicting the dreaming human as anything but at rest—he is stimulated, active, in fact—restless.

Steve Mann, of Asheville, developed an interest in gospel singers in 1988 at WKDB-Asheville, where he was a volunteer radio DJ. Mann received a BFA from the University of Arizona and returned to Asheville to explore the South in the fresh footsteps of those gospel legends. Through frequenting local churches and seeking out illustrious acts such as the Dixie Hummingbirds and the Swanee Quintet, Mann has continued capturing soul since the late eighties. He also works in music recording and filmmaking, most recently as a producer and still photographer for We Won’t Bow Down, which is showing at Cannes and documents the Mardi Gras Indians.

Steve currently works out of Red Box Studio and co-owns The Double Crown in West Asheville. Want an authentic taste of what Mann portrays? Live acts Flossie Boyd Johnson and the Favor (Bishopville, SC) will grace the stage of The Double Crown July 30 and Thomas Rhyant will cover classics by Sam Cooke on August 27.

The Upstairs Artspace is located at 49 South Trade Street, Tryon. Gallery hours are Tuesday through Saturday, 11 a.m. to 5 p.m. For additional information call 828-859-2828, or visit our website, upstairsartspace.org.

In front of a standing room only crowd, Polk County Commissioners heard from many residents who urged the county to... read more