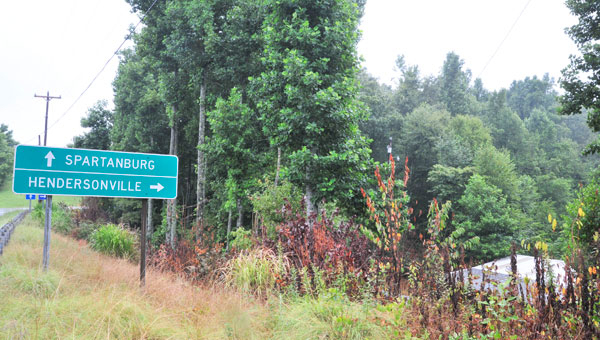 Some Polk County residents are not happy about recent herbicide spraying by Duke Energy, along numerous roads.

Much of the dead vegetation sits several feet below the height of the electric lines.

More than one local resident has expressed discontent directly to Duke officials, yet they say company responses have provided no satisfaction.

Mike Stokes, a runner, noticed dead vegetation along Hunting Country Road, near I-26, outside Tryon, not far from his home.

“It got to the point where we thought it was overkill,” he continued. “It was indiscriminate spraying, overdone.”

Stokes said Duke’s response during power outages is very good, but response to his concerns in this situation were not well addressed.

“I know that, overall, Duke is a caring company,” said Stokes. But he added, “I’d rather they used one of those atrocious vertical mowers, and mowed the brush, as opposed to what they did.”

Stokes feels that if any high-ranking Duke officials were aware of the consequences they would not have been happy. He speculated that if such spraying occurred in neighborhoods inhabited by Duke’s senior management officials, they would have been upset.

When Stokes e-mailed his concerns to Duke, a company customer service representative named “Amanda” (no last name listed on her email response to Stokes), answered him by apologizing “for the inconvenience.”

She added, “We only use herbicides approved by the Environmental Protection Agency (EPA) and the North Carolina Pesticide Board. Extensive training is provided for our employees, to make sure strict guidelines enforced by such agencies are followed. The herbicides promote the health growth of grasses and other vegetation. We apologize for the inconvenience. Have a great day.”

Stokes responded to that message by thanking the representative for her effort to be helpful, “as directed by Duke Energy,” but noted, “I find it exceedingly unsatisfactory.

“This issue is far from resolved . . .” He added that as a small stockholder in Duke, “I am embarrassed that the company would so carelessly and flagrantly abuse its monopoly rights.” He told Duke’s representative that he understands that employees sometimes do not follow procedures, but that “adequate supervision” would have prevented this situation from occurring.

Regarding the herbicide, Stokes concluded, “If it’s killing the trees and shrubs, it’s pretty powerful stuff.”

Walter Hoover of Saluda is upset about the spraying, saying, “ . . . the approach being taken by the power company negatively affects a wide range of things in nature in a variety of ways that are interconnected.”

He recalled speaking with a Duke representative.

“It (their conversation) wasn’t a screaming match, but it was not a meeting of the minds,” Hoover said.

The individual told Hoover that the herbicidal treatment was intended to kill “overburden,” and allow native plants to grow.

“Drive down any road where they’ve sprayed,” Hoover continued, “and it’s an eyesore. It’s supposed to be a scenic area.”

Hoover also mentioned that while some Saluda residences were on a do-not-spray list, workers sprayed part of at least one of those locations.

Terry L. Smith, a Duke Energy communications specialist, said he’d rather not list the name of the herbicide, but added that those interested can go to www.duke-energy.com, and look for herbicides. A search revealed four substances used by Duke in the Carolinas:

Smith said the substance used in this area is a Food and Drug Administration (FDA)-approved aquatic mix, which can be applied in water, though it is not used in that manner here.

He said the herbicide is designed to kill woody-stemmed plants that can grow as high as 15 feet, but will allow growth of native grasses and similar species that will not reach electric lines.

Smith said the workers (who are contractors and not Duke employees), are instructed to not spray such species as rhododendron, laurel, redbud, dog wood and some other woody plants, but he added that in some cases, specimens can be inadvertently sprayed when near target plants. Many targeted trees growing far below power lines are sprayed, he said, because they are easier to kill when their root systems are less developed.

Smith also said Duke will later mechanically cut stems that have been treated, but does not know when that will occur.

According to Smith, workers who spray for Duke wear hard hats and safety glasses, but are not required to wear protective suits, ventilators or masks. Why not simply cut the vegetation instead of spraying?

Smith said using the herbicide is “more environmentally friendly,” because “a bush hog doesn’t have any mercy” for wildlife and nests.

Those with concerns about the herbicide spraying or who would like additional information, can call Duke at 1-800-777-9898 (option 4). 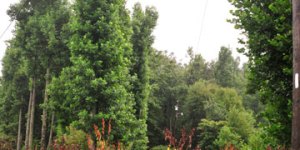 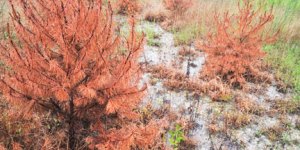 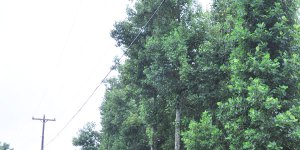 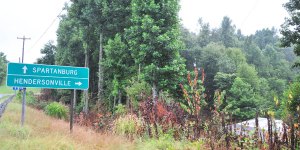 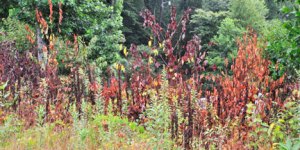 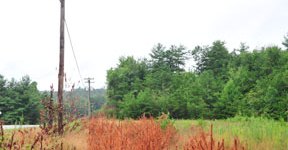 Coach Kelly Risley talking to players during a game against Brevard early in the season. (photo by Mark Schmerling) by... read more