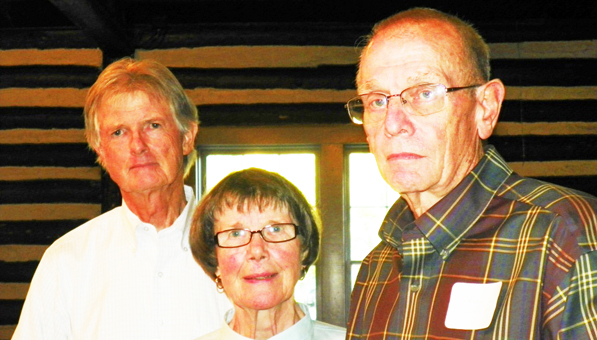 Theron Goodwin recently became a member of the Second Wind Hall of Fame, having been nominated by Thermal Belt Habitat for Humanity. Second Wind provides recognition for retirees 60 years and over for outstanding volunteer work in area organizations that exemplify the concept that retirement need not be the end of a productive life of service to others and their community, but a “second wind” of opportunity to serve mankind.

Goodwin and his wife, Janet, have lived in Polk County since 1998. They moved here from the Glen Falls area of New York, where Theron had a successful career in banking.

Since retiring, Goodwin has been very active volunteering in various community organizations including Thermal Belt Habitat for Humanity, where he has been on the construction crew as a crew leader as well as a board member.

In his spare time, Goodwin enjoys woodworking, fishing, gardening and walking in the woods.