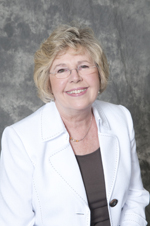 Principal Nita High, who has served in that position since 2000, will retire at the end of the 2011-2012 school year.
She will be replaced by the school’s current assistant principal, Brian E. Murray.
High, who has more than 40 years of experience in education, came to Landrum in 1990 as assistant principal for O.P. Earle. She became principal of Landrum Junior High in 1994, where she served until she took the principal job at O. P. Earle in 2000.
High’s philosophy emphasizes balance among academics, the arts and physical activity.
“I believe that children should be provided balanced and rigorous opportunities in academics, the arts and physical activity,” she said. “Such a balance provides children with many avenues to find success during their elementary school years and beyond.”
During her tenure at O. P. Earle, the school won numerous awards, including being named as the 2010-2011 S.C. Honor Reading School. In October 2011, High was selected by the South Carolina Art Education Association (SCAEA) as the 2011 SCAEA Outstanding Principal for her continuing contributions to art education.
District One Superintendent Dr. Ron Garner said, “Mrs. Nita High has led O.P. Earle for 12 years and has established O.P. Earle Elementary as one of the best schools in South Carolina. We are confident that Brian Murray will continue to lead O.P. Earle to more academic and extracurricular achievements.”
Murray has served the students and parents of District One since 1998, when he joined the faculty of Chapman High School. He has served in numerous capacities in District One including: teacher, math department chairman, head varsity boys track coach, boys and girls cross country coach, junior varsity girls basketball coach, assistant principal at Chapman High School and then O.P. Earle.
Murray said he is excited about his new position.
“I am humbled and honored by the board of trustees and Dr. Garner to be given this opportunity,” he said. “I look forward to the continued success of O.P. Earle Elementary and being a part of the leadership team. In my role as assistant principal for the 2011-2012 school year, the students and families have been extremely welcoming and supportive and I am thankful to be a part of this community of learners.” 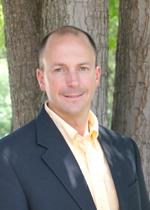 Murray added, “My wife and four children eagerly look forward to our move into the Landrum area.”