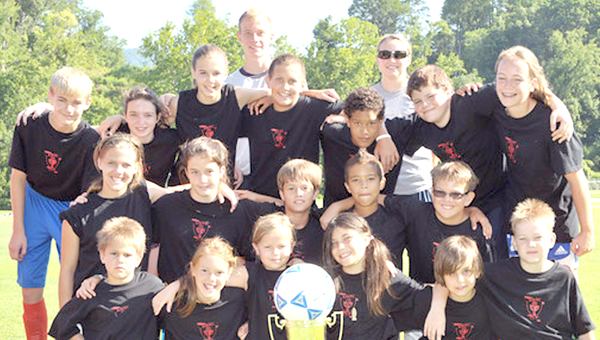 The Germany team (above) won the championship in the recent seventh annual Kirby Cup soccer camp. Germany defeated Sweden 5-4 in overtime. Germany was turned away early in both the junior and senior games by the goalkeeping of Swedes Jack Tinkler and Garrett Weicker.
On the offensive end, Sweden’s Grayson Jones and Nate Smart applied pressure and scored several goals. In the end, German goalkeeper Wilson Edwards, AC and Austin White took their side to victory. All the teams in the camp are shown below. Kirby camp is funded by the Kirby Harmon Field Fund at the Polk County Community Foundation. (article submitted by George Alley)