Arrests made in Lake Lanier and Tryon area break-ins

Law enforcement officials credit area residents with helping to solve several area break-ins that have occurred over the past few weeks in the Lake Lanier and Gillette Woods area. 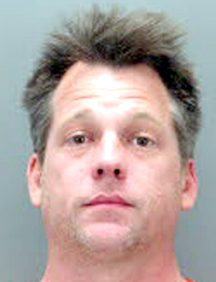 The Greenville County Sheriff’s Office arrested John Jacob Kessler, 42, of Hendersonville, on March 1 on charges of grand larceny, three counts of second-degree burglary and one count of petit larceny.
Also last week, the Henderson County Sheriff’s Office arrested Karen Phillips Byrd, 38, of Chesnee, S.C., in connection with the break-in that occurred in Tryon.
Tryon Police Chief Jeff Arrowood said the two are accused of breaking into one residence inside the Tryon city limits where jewelry was stolen. Officials say they also know of two other incidents in the Gillette Woods area outside of the Tryon city limits.
The Lake Lanier area and Dug Hill Road, both located in Greenville County, S.C., perhaps had the most incidents in the case. Attempts to contact an officer with the Greenville County Sheriff’s Office to know the exact number of homes involved were unsuccessful as of press time.
Victim Linda Clark said on Feb. 22 she was away from her residence between the hours of around noon to 5 p.m. She said her wedding ring, two gold chains and her husband’s prescription medication were stolen.
“I didn’t realize anything had happened until the next day,” said Clark.
She said they took prescription medication from her husband, but instead of taking the whole bottle, they just took about half the pills out. She said she knows they were stolen because the prescription had just been filled a couple days prior and she had cleared off the counter before she left. She said something was on the counter that would have had to be moved to get to the cabinet.
Chief Arrowood said several victims did not realize their homes had been broken into until later because of the manner in which the suspects robbed homes. The crimes occurred during the day when no one was home. The homes were left seemingly untouched.
Arrowood said some victims reported one of the subjects came to their door days before the robbery was discovered and asked for directions.
Neighbors began talking about the break-ins, Arrowood said, and a description of a suspicious vehicle was determined. Arrowood said neighbors came up with a silver Honda with different license plates, from California. He said one victim knew Kessler and ran his name in pawn shops and some of the stolen items were discovered.
Arrowood said area residents had a big part in solving the case. 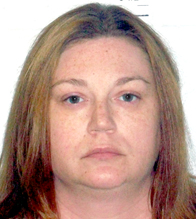