Paying back a hero

It began for Kaya (Ki-ya) at three months old, when she was brought to All Creatures.&bsp; The beautiful little pup was quickly adopted into a loving home and it seemed all was right in the world.&bsp; Unfortunately, life doesnt always go smoothly, especially for many of the animals I come in contact with.&bsp; After a few blissful years, Kayas family had to move and they couldnt take her with them, so she was posted on the internet seeking a good home.&bsp; Enter the Edwards family, specifically their daughter Lauren.&bsp; Lauren is a beautiful college age young lady who is suffering from a collagen defect which has the family thousands of dollars in debt, but they are making payments and keeping afloat.&bsp; In the beginning of this year, Lauren saw Kaya on the internet and asked her family if they could adopt her, which they all agreed would be a good thing.&bsp; Mickey and Terry, Laurens parents, soon&bsp; learned that it really was a good thing as Kaya easily fit into the family, including with their older dog.&bsp; Each day Terry would take Kaya to work with her where she was readily excepted and loved.&bsp; After many twists and turns, it seemed as if Kaya was at last in the perfect forever home.

Now in Green Creek, there had been a rash of daytime robberies while people were at work. Their whole area was on alert, but thus far, there wasnt a clue who the thieves were.&bsp; In early February, Terry and Kay did not go to work because there was a doctors visit in Asheville for Lauren.&bsp; Around 11 a.m. just before the ladies were ready to leave for the doctors, a young man walked up to the door and tried to break in, assuming there wasnt anyone home.&bsp; A black SUV was parked by the road that could be seen from the window.&bsp; Terry and Lauren huddled in a corner and dialed 911.&bsp; To this day, Terry shutters to think what may have happened to Lauren if she was alone and Kaya wasnt there.&bsp; Kaya sensed the fear and knew her family was in trouble.&bsp; She ran to the door growling, barking and snarling with every ounce of fury she had in her.&bsp; It was enough for the intruder, who dashed back to the vehicle and they took off.&bsp; After a description was given to the police, three men were caught a mile from their house, attempting another break in.&bsp; They were apprehended along with the weapons they had in their vehicle.&bsp; Kaya became the neighborhood hero, or in her case, heroine.

It was early September when I first met Kaya, Terry introduced herself and Kaya&bsp; to me while I was visiting Caruso at the vet.&bsp; Big beautiful Caruso is again another story for another day.

Terry was kind to me as she thanked me for the work that I do as she stroked Kaya with a look of concern on her face.&bsp; The bond and love between the two of them was so obvious that my heart leapt with compassion upon seeing them.&bsp; Weve all seen such things before, I could not imagine seeing Terry without Kaya by her side.&bsp; Whats wrong with her? I asked. Shes having trouble breathing, Terry answered, it seems theres something wrong with her heart.&bsp; Itll be alright girl, I said leaning over to kiss her and then I went in to see Dr.s Maiola and Raines to learn more about her.&bsp; I learned that Kaya had an enlarged heart and more would be learned with new tests and they were being scheduled.

In the meanwhile, medicines would be given to help her.&bsp; I later learned that checks were being post dated as Terry was figuring out how to manage this new expense.&bsp; I spoke with Elaine, who handles the billing at Landrum vet, Please put Kaya on my fund and give me any checks Terry has written so I can return them.&bsp; Elaine thanked me and smiled, Ill give you any discounts I can.&bsp; I reached across the counter and gave her my Italian kiss, a pinch on the cheek.

I later learned that Kaya has a heart defect very similar to the one which took my old friend Barney.&bsp; Jeanette gave me all of Barneys medicine and Dr. Maiola made a list of what would be prescribed for Kaya. Kayas problem is incurable and inoperable and worse case scenario gives her six or seven months to live.&bsp; Ive visited her twice at her home and twice on the job with Terry and God willing, Ill be seeing her often in the future.&bsp; Ive told Terry that Kaya is young and strong, if we keep up her medicine and dont let her overheat or exercise too vigorously, we should be blessed with years more of her company.&bsp; On my latest visit, Terry wished to pray with me, which I was more than pleased to do.&bsp; Terry was kind enough to thank God for my help and my mission, but I think we should send our prayers up for Kaya who is far more deserving than I.

p.s. If anyone wishes to donate specifically for Kayas medicine, please let me know, I am setting up a private account at Landrum vet just for that purpose. Lets help this great dog with the big heart that is just too big for her body. 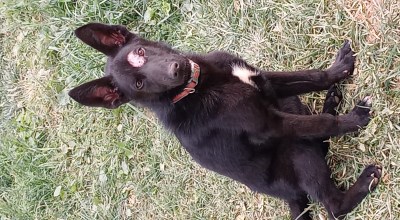 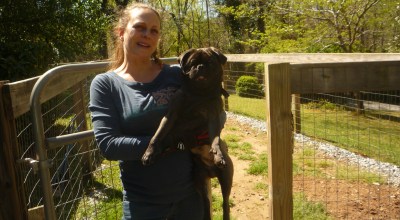 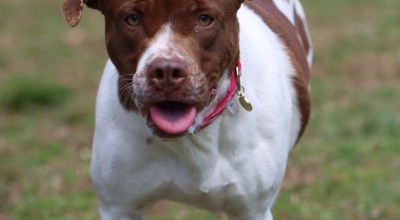