A couple of weeks ago, I took a photograph of what the owner said was a big potato (and Im taking his word for it).

The big tater picture joins a group of other vegetables and a few fish photos Ive taken over the years. But, hey, thats life at a community newspaper some days you get coleslaw, some days you get a big cabbage.

A few miles down Highway 176 and hang a right on Highway 357, the Holly Springs community has spent the summer in turmoil over the firing of the local fire chief, Lee Jeffcoat.

As news stories go, it was a pretty big tater.

Holly Springs is a four-way stop and a Baptist Church. It used to be dominated by peach orchards and a cotton gin once cranked to life across the road from where the fire department is now. There, Ms. Mary Lyda sends birthday cards to each member of the church (I got mine last week). Shes 102 years old and has taught four or five generations of children in that community either in school, Sunday school or Bible school.

By and large, the people there are the kind you want as your neighbors. But the whole mess over Jeffcoats job left a lot of people feeling not-so-neighborly.

It also served as a reminder about the importance of newspapers and good reporting.

The firing of Jeffcoat, which seemed predetermined as the summer went along, was the most volatile issue, but it also became apparent that the commissioners were acting outside of the law, conducting business behind closed doors and holding secret meetings.

Even though the story of Jeffcoats firing and the communitys adverse reaction to it got the attention of local television stations, Jay King, a reporter for Hometown News, stuck with the story when the TV cameras werent around to film the outrage. Hometown News owns several weekly newspapers around Spartanburg County and their function is largely like that of The Tryon Daily Bulletin to report good news and bad and to serve as a watchdog for the public so that commissions and boards and the like act within the law.

The commissioners of the Holly Springs Fire Department with the exception of Hugh Jackson, who said he was often not notified of meetings himself — chose not to act within the law. They have been charged with a criminal violation of that law a first in state history.

They moved meeting times from their traditional late evening slot to early afternoons to discourage public participation. When they finally began posting meeting notices, they did it just 24 hours before the meeting and would not allow additions to their agendas.

At the meeting during which Jeffcoat was fired, only those who agreed with them were put on the agenda. Those who opposed them were told it was too late for them to be added.

When charged with the violation of the FOI law, they pleaded ignorance.

The S.C. Press Association legal counsel Jay Bender calls the case a landmark for journalism in the state.

But it also proves that newspapers financially troubled, under-staffed and often criticized still have worth in the scheme of things.

No Internet bloggers are going to chase the story the way King did. The television stations covered the story well, but left it when there was no good video footage to get.

Hometown News and King deserve a hand from their fellow journalists and the public for whom they are fighting. The legal system should back them with harsh punishment for appointed public officials who have displayed such disregard for the public they are charged to represent and protect. 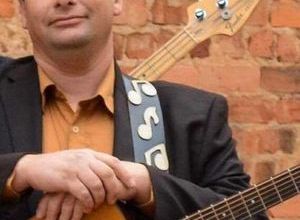